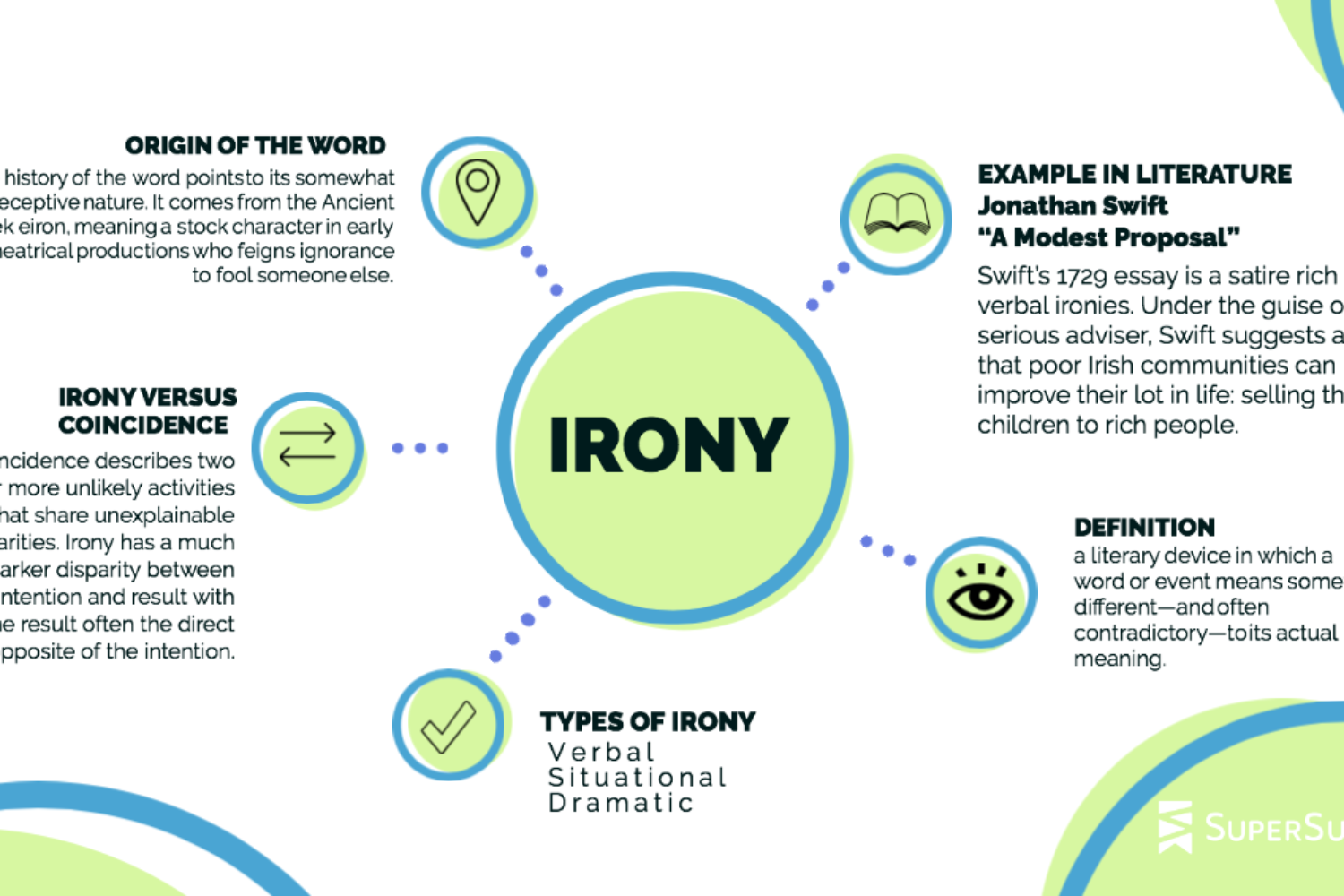 This study still has pertinence today. There are two versions, which titles below explain. The second was presented on the University of British Columbia campus to a secular/Christian audience.

An excerpt from the first:

A few years ago, a man phoned me and asked if I had some time for a talk. I replied that I was getting my kids ready for bed, but afterwards would be happy to chat with him.

He phoned an hour or so later, and we had our talk. He had read and kept, as it turned out, a letter to the editor of The Vancouver Sun I had written a few years before concerning a prison riot at Matsqui Institution. He had appreciated some of the points I had made concerning the evil of the prison itself, and now was writing his memoirs. He was planning to quote some of my insights into the nature of prison in light of his own son’s experience as a prisoner. On a whim, he looked up the only ‘Northey W’ listed in the phone book, and asked if I was one and the same.

We had a subsequent lively conversation until in passing, he discovered that I had a Christian commitment. “Not one who really takes the Bible seriously though?,” he asked incredulously, then immediately cooled, and soon therefore terminated the conversation, upon my affirmative response.

I presume neither I nor my letter found its way into his memoirs after all.

Canadian singer/songwriter Bruce Cockburn says that he often qualifies his affirmation of his Christian faith by saying: “But I’m not one of them.” He is obviously smarting under the identification of Christianity with things unsavoury said or done in the name of God and Christ.1

Evangelical scholar Beth Allison Barr published last year: The Making of Biblical Womanhood: How the Subjugation of Women Became Gospel Truth. My only quibble with the title: “Biblical” should be in quotation marks.

A discussion, led by Doug Pagitt, with the author is below.

You may also read this excellent review by John Turner: Unmaking Biblical Womanhood. His final words:

That’s the power of this book. Complementarianism, even in its softer forms, isn’t just wrong theologically and biblically. It is a heresy that hurts people, practically, emotionally, and spiritually. So, as Beth says, “Stop it!”

In the video discussion below, Barr references Junia–one of several women commended by Paul for their service in Romans 16. She writes:

Junia, I showed them, was accepted as an apostle until nearly modern times, when her name began to be translated as a man’s name: Junias (p. 66).

Another highly significant point not mentioned by Barr is:

Only one record of the male name “Junias” has been discovered in extra-biblical Greek literature, which names him as the bishop of Apameia of Syria. Three clear occurrences of “Junia” have been found. While earlier searches for “Junias” in Latin also yielded no evidence, it is reported that “Junias” has been found as a Latin nickname or diminutive for the name “Junianas,” which was not uncommon both in Greek and Latin. While this is a possibility, historical studies on the name “Junia” as a contracted form of “Junianas” has shown there are over 250 citations of the name Junia in antiquity all of which have been found to refer to women, with not one single case proven to be the abbreviated form of Junianus to Junia.[18] Meanwhile, the name Junia is attested multiple times on inscriptions, tombstones and records; most notably, the half sister, Junia Secunda, of Marcus Junius Brutus.[19] —Wikipedia: Junia

In other words, “Junias” was likely a made-up name because translators could not accept that Paul was designating a woman to be an apostle–especially a “prominent” one.

From her book is this:

I remember feeling like such a hypocrite, standing before my college classroom.

Here I was, walking my students through compelling historical evidence that the problem with women in leadership wasn’t Paul; the problem was with how we misunderstood and obscured Paul. Here I was, showing my students how women really did lead and teach in the early church, even as deacons and apostles. Junia, I showed them, was accepted as an apostle until nearly modern times, when her name began to be translated as a man’s name: Junias. New Testament scholar Eldon Jay Epp compiled two tables surveying Greek New Testaments from Erasmus through the twentieth century.2 Together, the charts show that the Greek name Junia was almost universally translated in its female form until the twentieth century, when the name suddenly began to be translated as the masculine Junias. Why? Gaventa explains:

Epp makes it painfully, maddeningly clear that a major factor in twentieth-century treatments of Romans 16:7 was the assumption that a woman could not have been an apostle.3

Junia became Junias because modern Christians assumed that only a man could be an apostle. As a historian, I knew why the women in Paul’s letters did not match the so-called limitations that contemporary church leaders place on women. I knew it was because we have read Paul wrong. Paul isn’t inconsistent in his approach to women; we have made him inconsistent through how we have interpreted him. As Romans 16 makes clear, the reality is that biblical women contradict modern ideas of biblical womanhood.

I knew all this. Yet I still allowed the leaders of my church to go uncontested in their claim that women could not teach boys older than thirteen at our church. I still remained silent.[The irony of course is not lost: This is precisely what “power over” compels victims to be; in this case with a quote from Paul (seemingly) commanding it!4 Thankfully, Barr now is declaring to the world how wrong it is to keep women silent–and why! She has gloriously broken her silence!] (emphasis added; Barr, Beth Allison. The Making of Biblical Womanhood: How the Subjugation of Women Became Gospel Truth (pp. 66-67). Baker Publishing Group. Kindle Edition.)

The video is found here: Baker Book House’s You Tube channel. There is also a Facebook upload.

My confession of faith is:

I believe that Jesus Christ is the Central Protagonist in the Story of Human History. That one misses the Essential Plotline of the Cosmos, if Jesus does not occupy the Pivotal Role. That Jesus is the only Hope for a Humanity otherwise hopelessly groping in the darkness, riddled with injustice, addicted to myriad unsatisfying alternate attachments, or oblivious of God’s Way in the world.

There is a stream in the Bible, which carries us on its own to the sea, if only we entrust ourselves to it. The Holy Scripture interprets itself, in spite of all human limitations. (Barth:[Karl Barth und die kritische Schriftauslegung, Walter Lindemann, H. Reich, Hamburg-Bergstedt] 1973, p. 18; my translation).

In Western culture, “It is an irony of history,” claims retired Religious Studies professor James Williams,

that the very source that first disclosed the viewpoint and plight of the victim is pilloried in the name of various forms of criticism… However, it is in the Western world that the affirmation of ‘otherness,’ especially as known through the victim, has emerged. And its roots sink deeply into the Bible as transmitted in the Jewish and Christian traditions… the standpoint of the victim is [the West’s] unique and chief biblical inheritance. It can be appropriated creatively and ethically only if the inner dynamic of the biblical texts and traditions is understood and appreciated. The Bible is the first and main source for women’s rights, racial justice, and any kind of moral transformation.

See on this for example: Inventing the Individual: The Origins Of Western Liberalism, by Sir Larry Siedentop, who argues,

The roots of liberalism – belief in individual liberty, in the fundamental moral equality of individuals, that equality should be the basis of a legal system and that only a representative form of government is fitting for such a society – all these, Siedentop argues, were pioneered by Christian thinkers of the Middle Ages, who drew on the moral revolution carried out by the early church. It was the arguments of canon lawyers, theologians and philosophers from the eleventh to the fourteenth century, rather than the Renaissance, that laid the foundation for liberal democracy.–emphasis added))

Williams continues, from above:

Theologian Charles Bellinger, wrestling with this very issue on a larger canvass, states in The Genealogy of Violence: Reflections on Creation, Freedom, and Evil: (My book review is here.)

I suggest that the closure to transcendence inherent in methodological atheism [of contemporary social science in the Academy] prevents its theorists from fully understanding the phenomenon they are seeking to grasp. Concerning the religious vision of the relationship between humanity and its Creator, they presuppose that ‘we have no need of that hypothesis.’ (p. 96).

Secular theorists, by accepting “the lid placed on thought by the methodological atheism of social science,” by refusing to permit “the horizon [to be] truly opened up to comprehend the divine source of life” (p. 96), are unable to achieve satisfactory explanation of evil because:

The most basic root of violence is the alienation of human beings from their Creator; thus, non-theological ‘explanations’ of violence are actually caught up in and expressive of the same atmosphere of human alienation from God out of which violence arises. [A footnote adds that secular social philosophy “is complicit with an ‘ontology of violence,’ a reading of the world which assumes the priority of force and tells how this force is best managed and confined by counter-force.”]

As such, they are unable to master their subject: the ‘explanations’ are themselves trapped in the tragedy of human history. (p. 96, italics in original)

Secular theorists of violence, in other words, says Bellinger, are like the little girl looking for a coin under the street lamp “because there is more light there” than where the coin was really lost further up the street. The author refers to the present-day intellectuals’ flight from God as embrace of a

. . . shrunken, contracted self, . . . in alienation from God, [that] is at the same time the root of violent actions and also the root of the inability of modern intellectuals to truly understand human behaviour (p. 97).

This is reminiscent of Albert Camus’ assertion that he would acknowledge all explanations of evil but the transcendent; or (so commented Karl Barth), such that Jean Paul Sartre’s brave atheistic existentialist staring down of evil, so imagined, when the real McCoy leers over his shoulder at the charade of the papier mâché evil he in fact engages.

What gives life to Christianity is its dependence upon so-called ‘canonical’ Scripture as the fallible written Word of God, but supremely upon Jesus as the final Word of God to which the Bible gives witness but is subordinate, interpreted against the backdrop of the Christian tradition, past and present.

So I approach the above topic and others, as a follower of Jesus who relies primarily upon Jesus and the Bible read in dialogue with others past and present for clues about how to go about that.5

Please click on: The Impact of Christ on Female (Christian)

Please click on: The Impact of Christ on Female (secular)