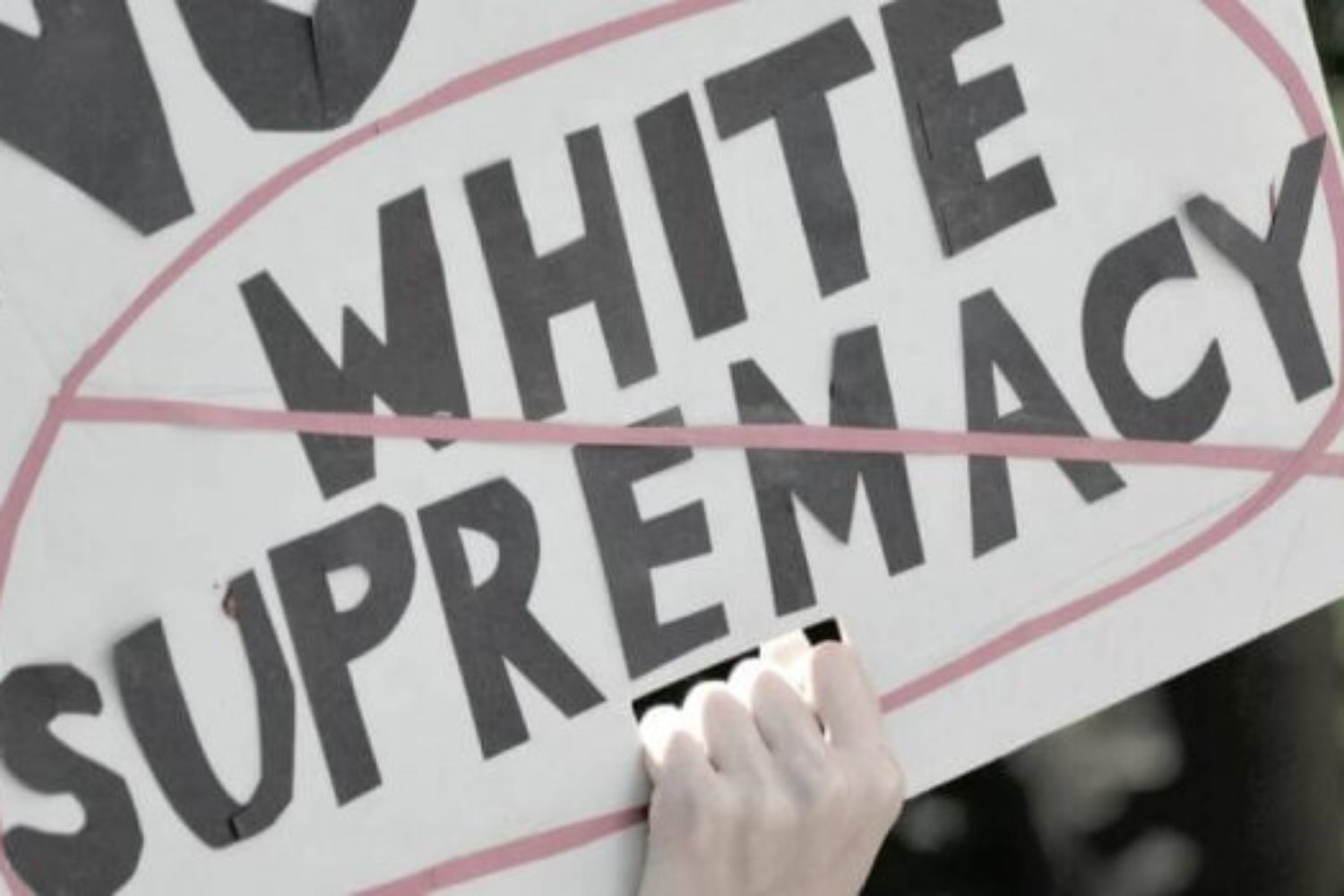 WN: I copied the entire article below. It is about an historic decision by the Southern Baptist Convention.

Russell Moore has been the head of the (SBC) Southern Baptist Convention’s Ethics and Religious Liberty Commission since 2013. As you can see from the links, he has been an amazing voice within those ranks for actually following Jesus Christ! Sadly, the former person in that position for decades, Dr. Richard Land, was emphatically not such a voice!

My interest in Richard Land began with a dialogue on Capital Punishment I had with him in 1997 in Fairbanks Alaska. You may read about him and the dialogue by clicking on his name above, then clicking on the article entitled “Capital Punishment”. He was author of the the famed “Land Letter” in October 2002, in full support of G.W. Bush’s catastrophic “War on Terror” that has since seen well in excess of 4 millions killed and counting by the United States, in its longest and ongoing War in the Greater Middle East – with utter failure and devastation in its wake, and untold suffering by millions of innocents across that region; all of which is declared “just” by Land and his tragically despicable band of religious thugs, thus:

We are extremely grateful that we have a president who has learned the costly lessons of the twentieth century and who is determined to lead America and the world to a far different and better future in the twenty first century. As you told the world’s leaders at the U.N.: Mr. President, we make that stand with you. In so doing, while we cannot speak for all of our constituents, we are supremely confident that we are voicing the convictions and concerns of the great preponderance of those we are privileged to serve.

“We must choose between a world of fear and a world of progress. We cannot stand by and do nothing while dangers gather. We must stand up for our security, and for the permanent rights and hopes of mankind. By heritage and by choice, the United States of America will make that stand.”

One can only continue to wonder at the absolute blindness of most of white conservative Christian America: to its Founder’s teachings, and to the horror story that has been the United States of America since its inception!

“How long, Sovereign Lord“, is both the saints’ and Empire victims’ endless cry over the centuries of America’s vast murderous, rapacious rampage across the Planet, no end in sight!

Meanwhile, the good Dr. Land has moved on to be a President of an SBC Evangelical Seminary, with the “Land Letter” on prominent, seemingly proud, display.

As theologian Walter Wink said in this kind of context: “If this be Christian faith, the revolt of atheism is pure religion”. Amen!

The theology, sociology, and politics of race continue to play themselves out in America in matters of both church and state. That racism is a sin and a gospel issue — and not just a political matter for us as Christians — was asserted once more yesterday. The continuing struggle to put our theology over our sociology among white Christians was again on display.

On Wednesday, the Southern Baptist Convention voted on a resolution condemning “the anti-gospel of alt-right white supremacy.” The vote capped a turbulent 48 hours at the SBC’s annual meeting—held this year in Phoenix—that revealed the deep racial tensions that remain in a denomination that was originally founded in 1845 after a split over the issue of slavery.

The predominately white SBC has in recent years aggressively recruited African Americans to join its ranks and sought to distance itself from its legacy of slavery and racism — in 1995, the SBC issued a formal public repentance for its role in perpetuating slavery and racial discrimination. The SBC then changed its doctrinal statement in 2000 to include racism, alongside “greed, selfishness, and vice, and all forms of sexual immorality,” as something Christians should oppose. And Russell Moore, who has been the head of the SBC’s Ethics and Religious Liberty Commission since 2013, has spoken out forcefully for racial reconciliation and immigration reform — and was an outspoken opponent of then-candidate Donald Trump because of his racially divisive rhetoric.

Of course, many black Southern Baptists felt a sense of alienation and betrayal when 81 percent of white evangelicals voted for Trump anyway.

Southern Baptists of color have encouraged their denomination to devote more of its energy to advocating for reforms on issues like poverty and mass incarceration where the structural effects of racism play a major role. And a few weeks ago, Rev. Wm. Dwight McKissic, a prominent black Southern Baptist pastor in Texas, submitted for consideration at SBC’s annual meeting a “Resolution On The Condemnation of the ‘Alt-Right’ Movement and the Roots of White Supremacy.” In strong language, McKissic spoke both of the biblical reasons why racism is antithetical to Christianity, and of the toxicity of the current political moment. He called out the alt-right’s so-called “white nationalism” for what it is: another term for white supremacy. His resolution repudiated “retrograde ideologies, xenophobic biases and racial bigotries of the ‘alt-right’ that seek to subvert our government.”

The decisions we make about which voices we listen to, or not, speak volumes about our priorities.

When pastor McKissic’s resolution was considered on Tuesday by the resolutions committee, (which consisted of nine white members and one black member), members declined to refer it to the full convention, saying that while they liked the resolution, they had problems with the wording. So instead McKissic brought it directly to the full gathering, moving for additional time for the resolution to be reconsidered by the full body. The vote failed to secure the needed two-thirds majority, with Emma Green of the Atlantic reporting that it was the end of a long day and the vote occurred amid “a chatting body of tired pastors, many of whom were already checked out for the day and didn’t realize what was happening.”

It’s an understandable enough explanation, especially for those who are familiar with the rote nature of denominational or industry assemblies, especially at a late hour. But it’s important to note that process matters — and the decisions we make about which voices we listen to, or not, speak volumes about our priorities.

The voices of the outraged would soon make themselves heard.

The overwhelming outcry, particularly from Southern Baptists of color but also some white Southern Baptists who stood with them, both in the room and on Twitter, was immediate and fierce. As a result, Moore was brought in to work with the resolutions committee to edit pastor McKissic’s resolution and present a new version to the full body the next day. Late Tuesday night, the committee released the new version, and the gathering voted nearly unanimously to consider and vote on it Wednesday afternoon in what would turn out to be a historic vote.

The new version, “On the Anti-Gospel of Alt-Right White Supremacy,” has a very strong title. Racism, and the white supremacy of the alt-right, are indeed totally opposite to the good news of Jesus Christ. The new statement goes to considerable lengths to root the condemnation of racism even more firmly in scriptural authority, tackles the SBC’s own past and present difficulties with “intentional and unintentional racism” in its midst, details the steps the SBC has taken to publicly denounce racism both inside and outside its ranks in years past — but admits that the denomination still has a long way to go. Finally, it explicitly names that “every form of racial and ethnic hatred” is “of the devil.”

It was very important for the new resolution to be more than generic denunciations of racism. That type of casual distancing is not enough. The resolution needed to name white supremacy and the specific ways it is rising in our political landscape via movements like the alt-right. And this is what I would call a 1 Corinthians 12:26 moment: “when one part of the body suffers, all the other parts of the body share its suffering.” When the black body of Christ is suffering so much in this rising tide of racism, the white body of Christ cannot remain silent, but must feel the pain of all Christian bodies of color.

Green, who reported the whole story in the Atlantic, spoke with McKissic after the final vote.

“I certainly understand that hurt and anger, because to most people, this would be a no-brainer,” McKissic said in an interview on Wednesday.

Charles Hedman of Capitol Hill Baptist Church in South Bend, Ind., told the AP that other pastors told him they would have to leave the denomination if the convention failed to denounce white supremacy.

The chair of the resolutions committee Barret Duke, apologized personally to McKissic for how his original proposal was handled. And while McKissic said he was disappointed certain things — like specifying the ‘curse of Ham’ — were left out, he supported the final version “100 percent.” McKissic said Tuesday’s events “showed a fault line. It showed that maybe, just maybe, you aren’t where you’re supposed to be on this,” but also told reporters after the final vote, “we’re turning a corner, I see the heart of the majority.”

Moore, who helped to resolve the inadequate process, put it clearly and importantly, “We are saying that white supremacy and racist ideologies are dangerous because they oppress our brothers and sisters in Christ … If we’re a Jesus people, let’s stand where Jesus stands.”

And that is good news for all of us.

I invite you to examine the resolution linked here. It is well worth the read.

Jim Wallis is president of Sojourners. His book, America’s Original Sin: Racism, White Privilege, and the Bridge to a New America, is available now. Follow Jim on Twitter @JimWallis.