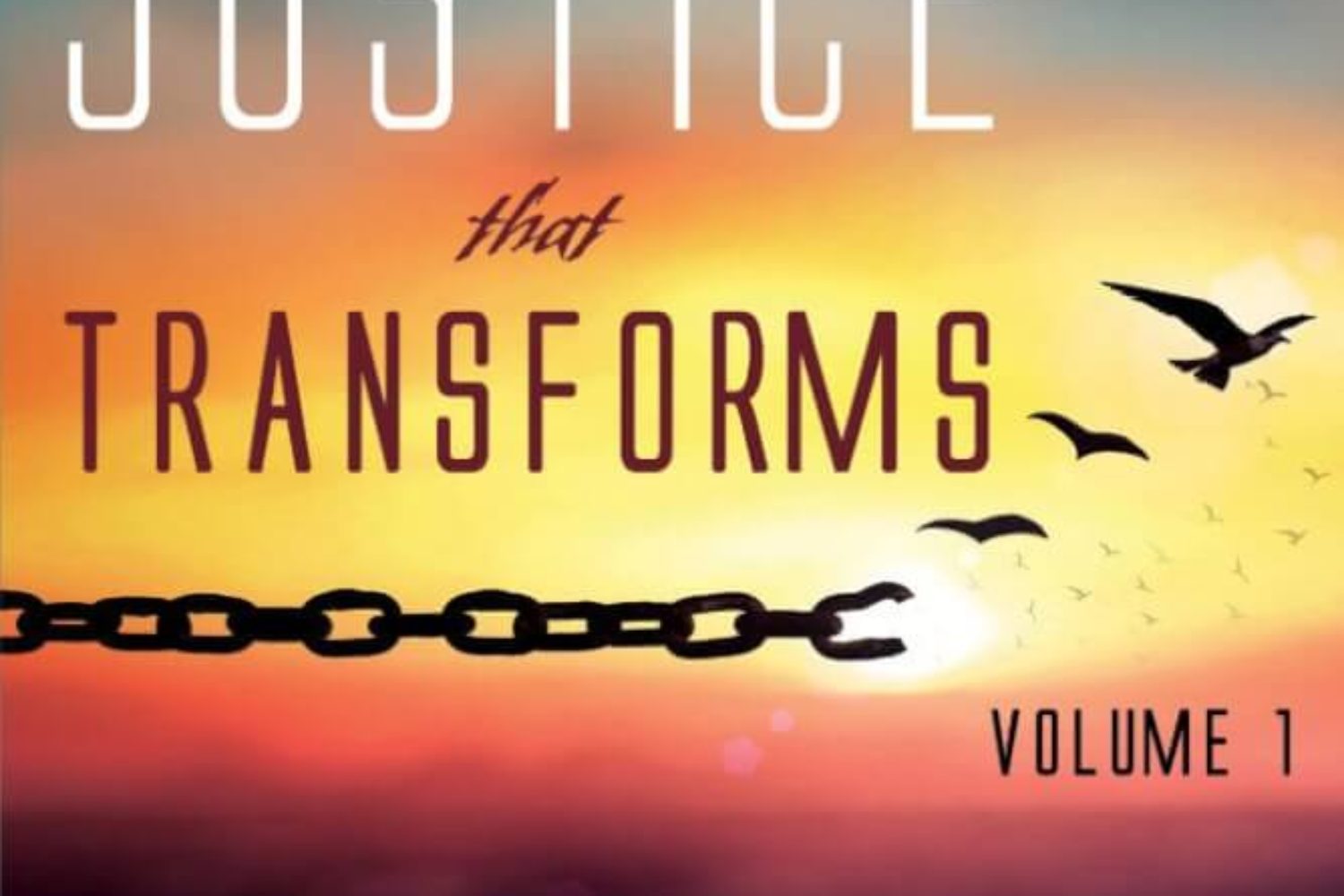 Wipf and Stock Publishers gratefully re-published (my re-edited) Volume 1 of a series by the same title, January 9, 2020. The first edition had been published September 2018.

The graphic artist created a beautiful cover, as you can see! You may click on the cover to be taken to the Publishers’ website page for the book.

They set the price. However, I as author am granted a discount. Please contact me about that if you would like me to pass on a discount to you. For students and similar others on a tight budget, I am willing to do that. I can order for you at my discount rate, and have it directly mailed to you with combined costs on the invoice (in USD funds); which you can then send to me. Or you may purchase from me directly, if living in the Fraser Valley, or out this way. I can give you the particulars. My cost (therefore yours) if no postage is $19.00 CDN. Please let me know by clicking on CONTACT ME.

You may learn more about the series elsewhere on my website by clicking on the drop-down menu below the Restorative Justice menu above.

PLEASE feel free to let others in your networks know! THANKS!

Below is from the book:

My good friend Ron Dart, proposed that I finally pull together my Restorative Justice writings. As you see, I asked Ron to write the Foreword. He is also a prolific author and avid educator.

Two chapters were each time as indicated co-authored (though further added to/edited by me; thanks to Pierre Allard and Hugh Kirkegaard; and permissions given to include the reworked articles in this Volume.). One chapter was by Dr. C.F.D. Moule who thirty years ago granted permission to reprint it. It was powerful for me in setting a theological course in my future work.

Throughout most of the 1990s I toiled in the Restorative Justice field for Mennonite Central Committee Canada. That granted me a high perch from which to observe the increasing Canadian and worldwide awareness of this emerging phenomenon.

The 1990s was a kind of spreading-wings time of creating awareness, honing theory, delivering practice, and producing research. Criminal justice jurisdictions began encountering Restorative Justice in North America and worldwide. Many publications started emerging alongside beginnings of evidence-based research on impacts of this often-claimed “paradigm shift” (a term first used in this field by Howard Zehr, I believe) in dealing with perpetrators and people who were offended against. Whole conferences and umbrella organizations were organized and formed, to promote Restorative Justice and share expertise, the term “best practices” often employed.

Programs in many parts of the world began cross-pollinating as attempts at supplying precise definition and standards of practice proliferated. Institutions of higher learning commenced teaching it; governments started embracing and funding it; and critics, in particular from the “victim” (“victim” a term that rightly should be for the most part displaced in favor of “those harmed by crime” or the like) community, were analyzing and at times critiquing it as pro-offender and naïve. Some even accused it of being nothing more than “compulsory compassion” foisted on “victims” that left them further wounded, “justice” even perhaps (so thought) more denied while perpetrators were all but let off the hook.

Its sheer mushrooming across the planet within mere decades precluded “controls” that might have headed off some of the at times legitimate attacks.

But crime “victim” communities embraced Restorative Justice as well. Wilma Derksen in Canada early on affirmed it, amongst many others, and she parlayed it into a creative force for those harmed by crime across Canada and wider afield. She however ever held Restorative Justice practitioners and theorists to account to never forget those harmed by crime. A rare honor for Wilma was her family’s story told in inimitable style by Malcolm Gladwell in David and Goliath: Underdogs, Misfits, and the Art of Battling Giants.

I had the (at-the-time-unknown) privilege of stumbling upon this early seeding through accepting an assignment in Kitchener, Ontario, Canada with Mennonite Central Committee Ontario as Director of the two-year-old V.O.R.P.: Victim Offender Reconciliation Project (only—acknowledging its initial tentative nature). It later became a Program, and rightly “mediation” replaced “reconciliation” as less religiously and even teleologically charged. “Compulsory” for those harmed by crime however never—at least not in intent of practice from the outset in my involvement then and subsequently with early and most practitioners and theorists over the decades.

As to seeding: an early Restorative Justice friend, colleague, practitioner and theorist, Dave Worth of “Elmira Case” fame (see “Context” in the first chapter), during those formative years of promoting Restorative Justice repeatedly drew on Clarence Jordan of Koinonia Farm, Georgia, and author of Cotton Patch Gospel, to explain that if a farmer wanted to encourage others to try out new seed, he’d not go out and rent a lecture hall to get them in to hear about it, he’d plant rather a “demonstration plot” right at the main crossroads and let all see for themselves how well the seed produced!

Dave was one of those farmers; and eventually at the crossroads of the criminal justice world, the Restorative Justice harvest of justice became renowned for its peacemaking.

A classic biblical text in this regard reads: “When peacemakers plant seeds of peace, they will harvest justice. (James 3:18, CEV).”

The first chapter touches more on the early years.

My wife Esther and I had an amazing eight-week experience in Rwanda May 18 to July 12, 2018. We were exposed to much about Rwanda’s post-genocide (1994) Restorative Justice/reconciliation journey. We were left with “impressions” when we departed, with no particular authority gained to assess realities there. While in Rwanda I wrote a series of “Dispatches” about our reconciliation learning. They may be found in Volume Three of this series.1 It was exhilarating and immense privilege to see Restorative Justice there in response to genocide taken to a whole new level.

Why publish these now? Because I can might be as good an answer! (I had learned how to do this on Amazon and Kindle in publishing a novel, Chrysalis Crucible. This volume first appeared on their Kindle Direct Publishing platform.) Because as well they may be of historical interest. And because they give opportunity to put out there the continued joy, challenge and prospect of this peacemaking work.

These writings were first gathered, edited, and uploaded onto a website, project of my retirement years, from 2014 onwards. They obviously are repetitious: Copy and Paste commands were used over the years, as audience and/or readership varied. If the art of good teaching is in part repetition, may you experience this as good indeed . . . Let the reader skip whatever however—and do his or her own editing—if wished, when repetition is encountered. You will readily note my oft-used sources.

There is no suggested order of reading them, except encouraging reading the first chapter first. Each essay is complete in itself. The most comprehensive and far-reaching in application is the chapter, “Is There A Place For Dreaming?: Restorative Justice and International State Conflict, Scholar-In-Residence Public Lecture Saint Paul University, September 13, 2007”—to which a perhaps impatient reader may wish immediately to turn.

A friend said the writings appeared to him “helter-skelter.” I like to think that, rather than being in a disorderly confusion, they have a consistent organizing theme reflected in the series’ title, as indeed do all volumes in the series. There seemed no obvious chronological or otherwise progressive order to adhere to, apart from the first chapter needing to be so placed.

There was of course copy-editing, some further light editing, and in a few cases the addition of new material, but for the most part they are included as were.

This new edition has however included more, at times longer, explanatory footnotes, at times lengthier introductions under the “Context” headings, and other changes; including corrections to the earlier publication.

Additional volumes may be found as mentioned on Amazon and Kindle. I expect there to be about five or six in all. Another series of my general writings on peace and justice is projected, tentatively titled Justice The Harvest of Peace (as per James cited above).

And the usual disclaimer: all errors I own!2

Co-writers of earlier publications of the final two chapters, respectively Hugh Kirkegaard and Pierre Allard, were gracious in allowing these to be reissued, and in the last chapter especially, significantly rewritten.