Walking from Wrongs to Rights: UN Declaration shows the way | Church for Vancouver 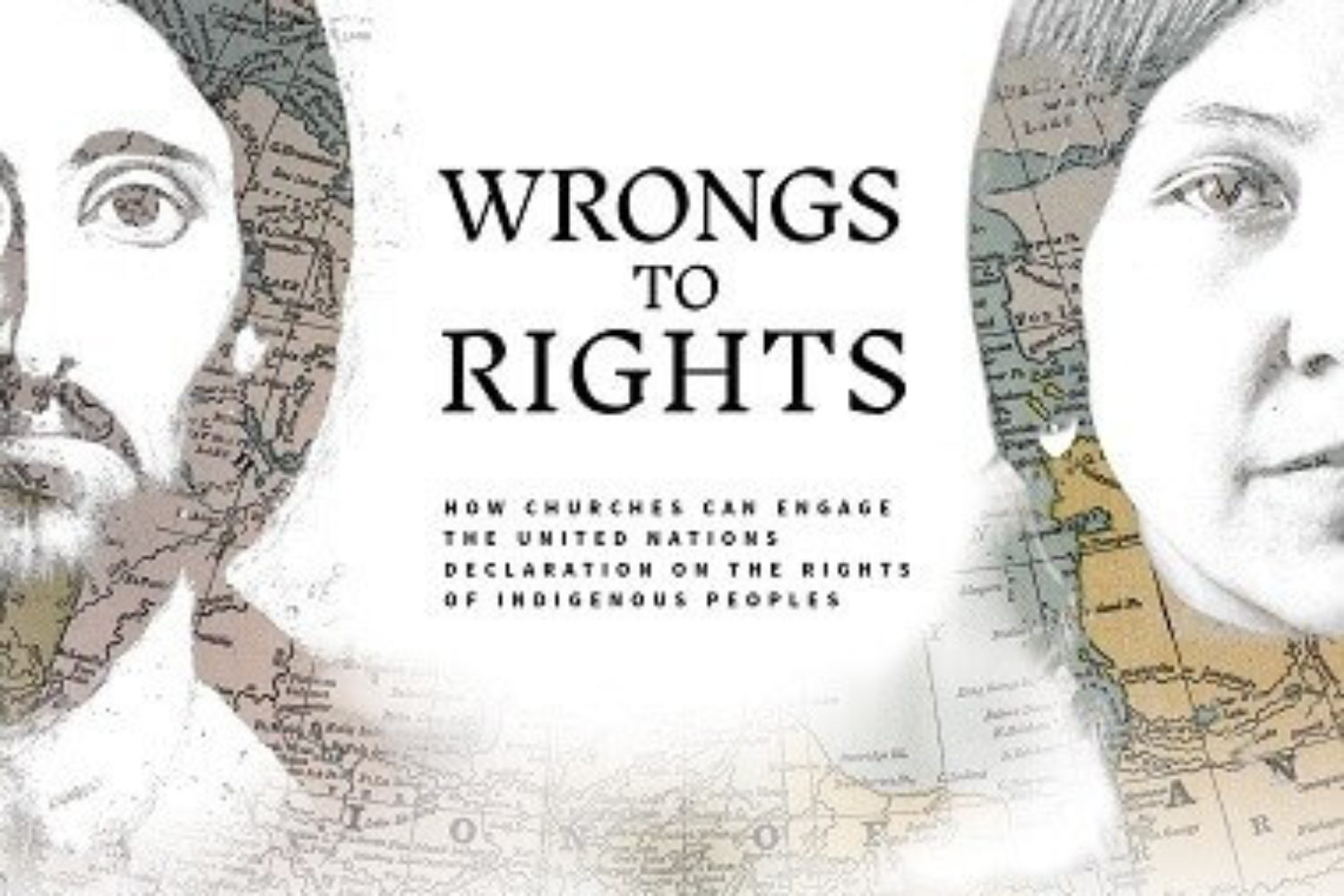 image above: cover of the new Mennonite Church Canada publication well worth ordering – for individuals and groups!

A couple of weeks ago, members of our community joined a circle of Indigenous and non-Indigenous people in our diocese to respond to the Truth and Reconciliation Commission Calls to Action and were struck by the heavy reliance that these calls have on the United Nations Declaration on the Rights of Indigenous Peoples.

The circle was made up of people who have been involved in the slow work of church-Indigenous relationship building before and after the Truth and Reconciliation Commission, mostly from a justice perspective. Some are very grassroots, some have an abundance of credentials and degrees, but the only one in that gathering who had actually read the full text of the Declaration was a university student in an Indigenous Feminisms class.

So the questions, for me and my community – and more broadly for Indigenous and non-Indigenous Christians who are seeking to address issues of global climate change and ecological injustice – are these: How important is the Declaration? What does it contain? How do we begin to engage with it?

I am not an expert. I am a person for whom a confluence of factors – the biblical mandate for justice, a knowledge and love for the plants and creatures of these Coast Salish territories, the powerful witness of Indigenous land defenders, residential school survivors, cultural practitioners and historians, activists and elders – call me to stumbling and imperfect action for climate justice.

I write to those who share that constellation of concerns and vocations out of a profound urgency. Around the world, Indigenous communities, northern communities, coastal communities are dying because their land and water are poisoned and leaders are silenced (even killed) when they speak out or organize community defence.