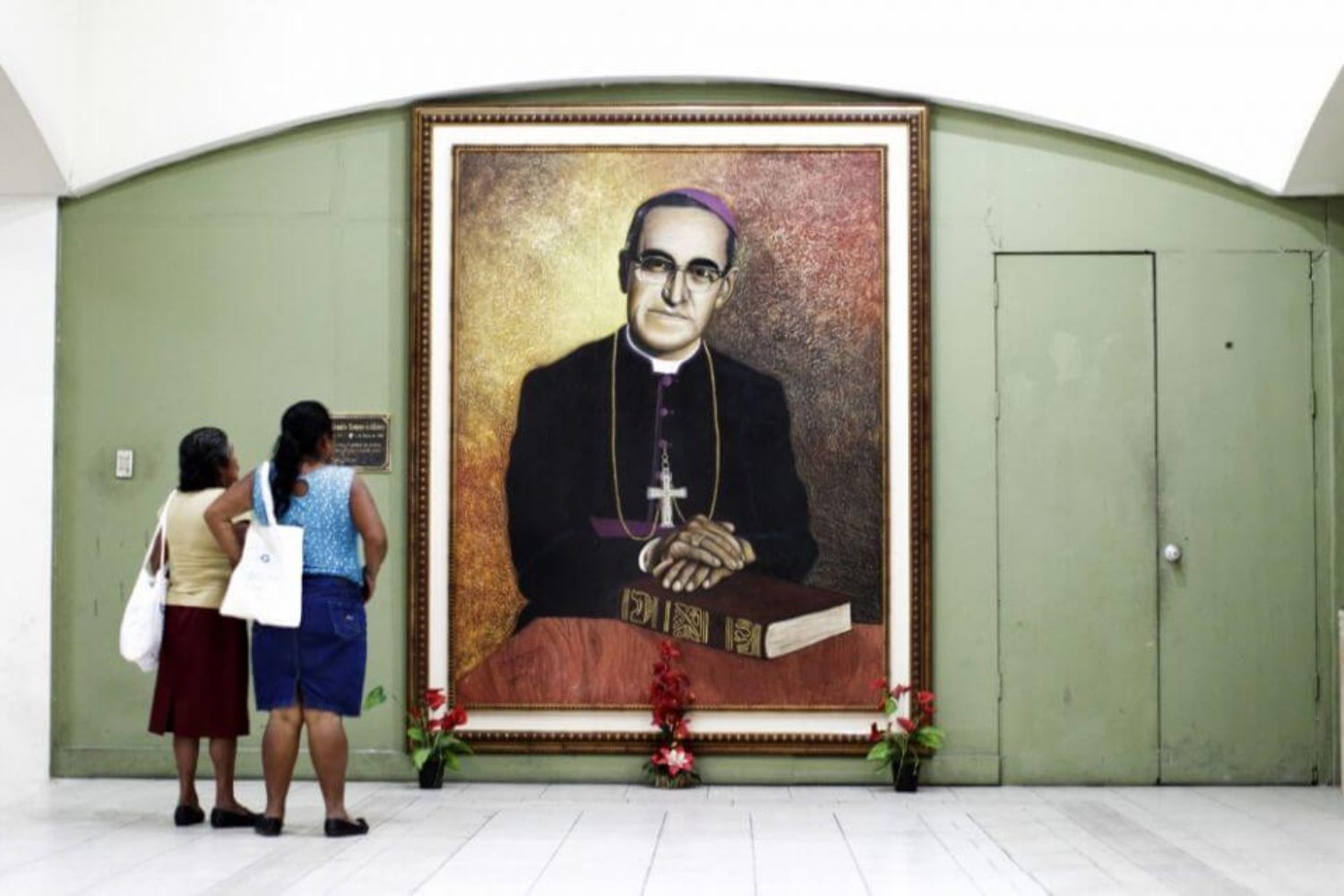 Opinion
People
photo above: People look at a painting of slain Salvadoran Archbishop Óscar Romero at the cathedral in San Salvador in 2015. (CNS/Reuters/Jose Cabezas)

WN: This is a powerful tribute to this fearless Archbishop. On every level, he could not stand in greater juxtaposition to the abusive clergy and their narcissistic sexual rampages. Thank God!

‘The pastor is supposed to be there for the flock’

I once had the chance — it was a gift, really — to hear him express that commitment in person. It was at the meeting of Latin American bishops in Puebla, Mexico, in 1979. Just before Romero left El Salvador for Puebla, the National Guard had murdered Octavio Ortiz, a priest to whom Romero had been like a second father. Both grew up in poor families in rural areas of eastern El Salvador; both entered the seminary at a very young age. Ortiz was the first priest Romero ordained after being consecrated a bishop.

The Guardsmen shot Ortiz — along with four others at the weekend youth retreat he was giving — and then rolled a tank over his head. Romero denounced the government’s version of the incident as “a lie from beginning to end.” In those days, with a military dictatorship ruling El Salvador, statements like that could easily become a person’s last words; even before that, Romero had been getting serious death threats.

One day at Puebla, a few journalists were talking with him. One of us, without mentioning the threats explicitly, asked, “Are you really going back to El Salvador?” — as in (but not actually saying), “If you do, they’re going to kill you.”

“I know what you’re getting at,” said Romero, “but, you know, they say I’m the pastor, and the pastor is supposed to be there for the flock. And the flock is back in El Salvador. So, yes, I’m going to return.”

One doesn’t forget remarks like that. I went home to New York after Puebla and began saving money for a plane ticket to El Salvador. I was preparing to depart when, on a Monday night, I went to a parish to hear a talk on liberation theology. At the end of the evening, as we emerged from the meeting room, the sacristan was there, waiting to lock up the church. Transistor radio in hand, he asked, “Weren’t you people talking about Latin America?”

“Well, they just said on the radio that somewhere down there tonight, a bishop was shot and killed.”

I would go to El Salvador, but I would never see him again.

[Gene Palumbo is a freelance journalist based in El Salvador. He went there in 1980 immediately after Romero was murdered and ended up staying on, covering the country’s civil war (1980-92) and its aftermath. He is The New York Times’ local correspondent in El Salvador, and has also reported for National Public Radio, the BBC, the Canadian Broadcasting Company, Commonweal Magazine and Time Magazine.]