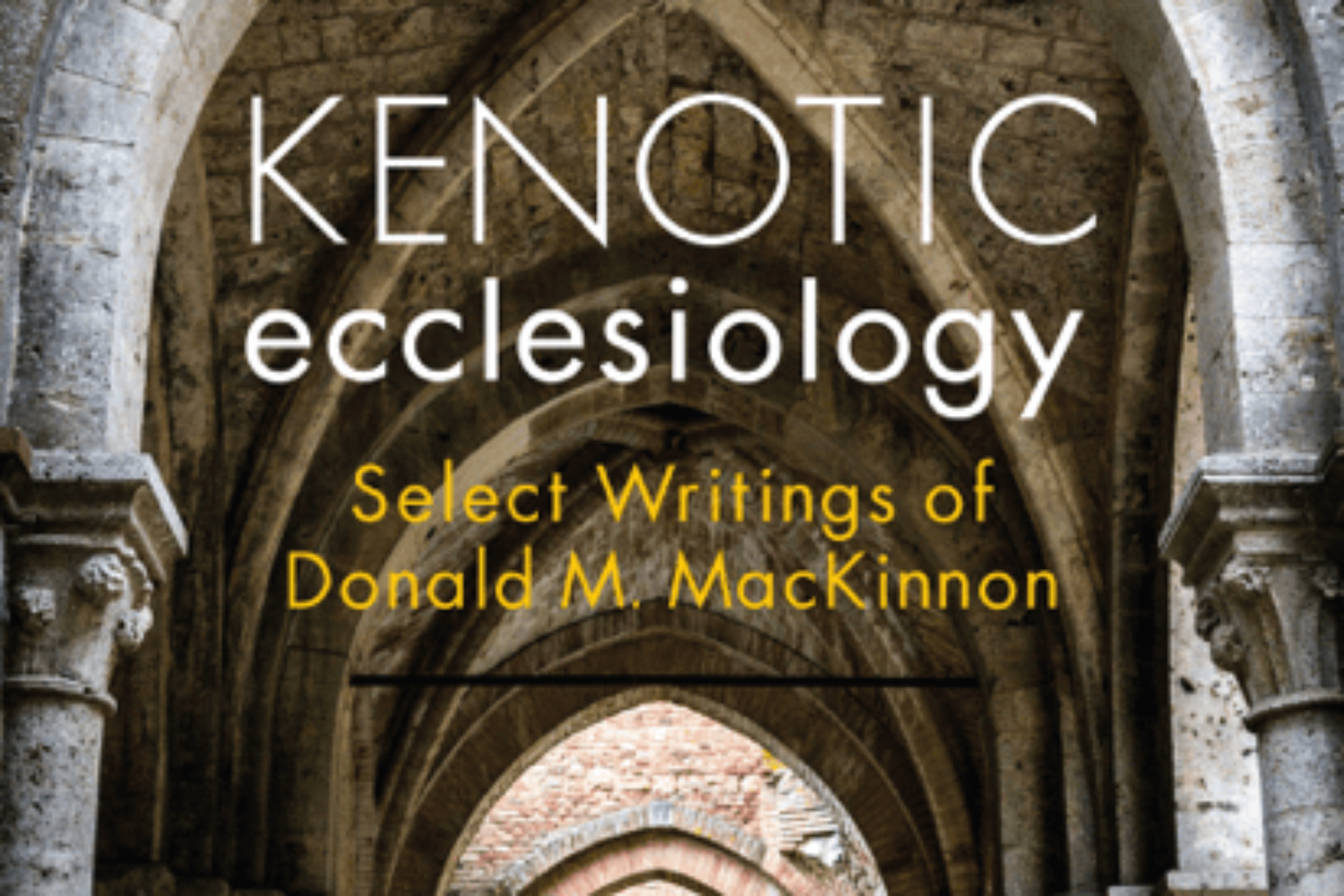 There has been a desperate and much delayed need to read and inwardly digest the poignant insights of Donald MacKinnon. Mackinnon has been ignored for too long, curtly dismissed as too eccentric or caricatured. This tendency has led to the virtual absence of MacKinnon’s insights in the broader faith community on substantive issues. There has also been a tendency to apply the notion of kenosis to either Christology or Christian contemplative anthropology. The sheer beauty and appeal of Kenotic Ecclesiology is the way the idea of kenosis is applied to the life of the church in a post-Constantinian and post-Christian ethos.

Kenotic Ecclesiology draws from two of MacKinnon’s contributions to the “Signpost” series that was published in 1940 (the searching vision is quite pertinent today, though) and his much later mid-1960s “The Stripping of the Altars”(with its searing and relentless questioning).The “Introductions” to the three booklets in the tome by John C. McDowell, Ashley John Moyse and Scott A. Kirkland bring together, in a compact and succinct manner, the congealed vision of Mackinnon and why his “Signpost” articles and “The Stripping of the Altars” are as significant today as when they were published a few decades ago. “God the Living and True”, “The Church of God” and “The Stripping of the Altars” have a prophetic and incisive bite that holds to the core issues and will not quit until the raw and painful realities are faced into with unflinching honesty and, at times, painful transparency.

Mackinnon had a unique and uncanny way of threading together theology, philosophy, literature and many other disciplines. It is quite obvious why, as a teacher of Rowan William, Iris Murdoch and many other significant writers, he is the oft hidden king. But, the real contribution of Mackinnon is the way he faithfully and consistently engages the nature of faith and the tragic. Obviously, MacKinnon is much too bright to slip into a simplistic and unrealistic Christian triumphalism. And, the way he ponders the layered nature of kenosis and tragedy is rare amongst most Christian intellectuals and theologians. Tragedy, as a literary, philosophical, political and theological insight goes much deeper and further than merely a pondering of suffering. Suffering can be tragic but there is more to tragedy than suffering. The task of threading together hope, kenosis and tragedy forms the backbone of much of Mackinnon’s far reaching approach to faith. Sadly so, the church is often quite unaware of such themes and Mackinnon’s unique approach to such reaching into the hard issues. I found MacKinnon’s dialogue between Greek and Christian thought on the tragic a needful reworking on the perennial Athens and Jerusalem horn butting or varieties of synthesis. Once the tragic in Greek theatre is brought to the fore and the tensions between the Greek tragedians, Plato and Christian thought collide, deeper places are gone to that one and all must face into sooner or later. It is significant that Rowan Williams’ recent book, The Tragic Imagination: The Literary Agenda, deals with such a timely and timeless theme.

The fact that Mackinnon in these three booklets of sorts touches on difficult issues where many often do not go does not mean he does not face into the way the church has often been co-opted by political and military power. Yet again, MacKinnon points the way for the church to go that does not pander or genuflect to political realism. But, in saying such, MacKinnon was no naïve idealist either. Again and again in Kenotic Ecclesiology we see the prophet MacKinnon caring so deeply for the church that he neither abandons her (as lesser souls do) nor uncritically doffs the cap to traditionalism or the establishment status quo—certainly not an easy tightrope to walk.

I must admit I found “God the Living and True”, “The Church of God” and, crowning these two pamphlets of sorts, “The Stripping of the Altars” compelling reads that both challenge and nourish the soul, mind and imagination. But, as mentioned above, it is MacKinnon’s genius and depth, breadth and rigorous engagement with kenosis and tragedy that is his real contribution to serious theology as it ever inches into the uncertain future.

There can be no doubt that with the publication of Kenotic Ecclesiology a phoenix-like resurrection of Mackinnon is afoot, and do we dare to hope that more of MacKinnon’s writings will be brought to the frontstage to both enrich and challenge the church?