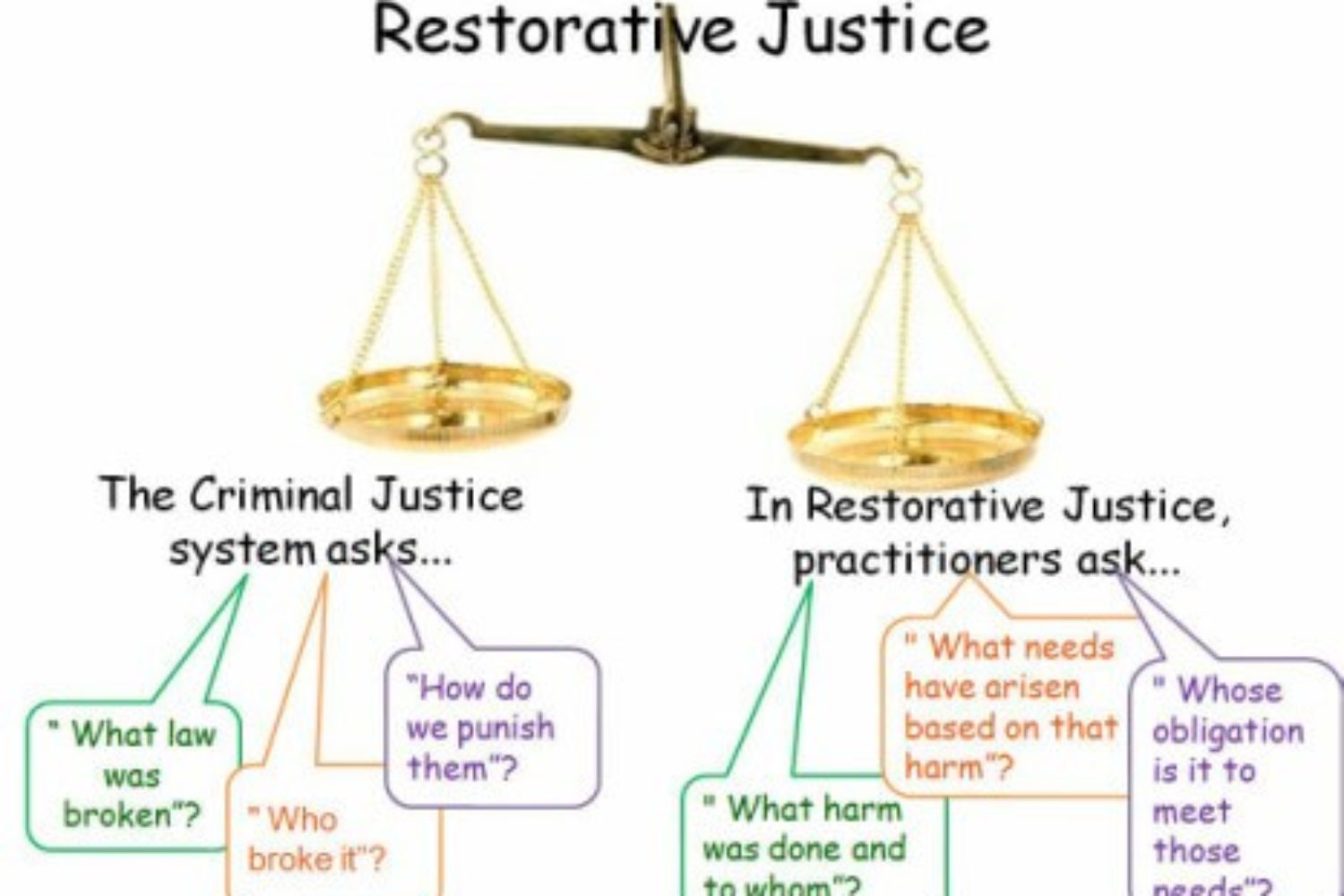 WN: I had forgotten about presentations such as the above. As I recall, the provincial government of British Columbia Canada was offering grants to municipalities wishing to do Restorative Justice initiatives. In 1999 CERA (Communities Embracing Restorative Action) was formally founded as a non-profit society with charitable status. What I presented may have been at its first government-funded Conference.

What Restorative Justice is Not

First, it is not the latest “flavour of the month” about as faddish as “pogs” from a few years ago, and destined to be as ephemeral. Restorative Justice is a deep artesian stream that has fed human culture for as long as humans have traced their way across this earth. Two summers ago, I had the great pleasure of participating in a writing project organized by the Centre for Studies in Religion and Society at the University of Victoria. The initiative was inspired by a national Restorative Justice conference in March of 1997 known as Satisfying Justice. Several researchers, academics, and practitioners investigated the major world religious traditions, and secular and contemporary jurisprudential cultural roots of Restorative Justice. In an intensive week at a Summer Camp of caucusing, critiquing, and celebrating together, a book emerged that soon will be published by the State University of New York (SUNY) Press entitled The Spiritual Roots of Restorative Justice. The current Deputy Commissioner of Programs for Correctional Services Canada, Pierre Allard, and I were privileged to contribute the chapter on Christianity.

What stands out from that project is the profound ubiquitous religious/cultural rootedness of Restorative Justice. It sources from, and in turn elicits, some of the deepest intuitions of our common humanity in its quest to celebrate human dignity, respect, and inviolable worth.

Second, and in general, with apologies to those who may be such: it is not necessarily what the politicians say it is! Restorative Justice began with the grass-roots, and continues to enjoy immense community-based support and development throughout jurisdictions around the world where it has taken root. A European criminologist opines that the death knell of doing justice restoratively is allowing crime and justice to be politicized. He says:

In that justice is already highly political in Canada, the real issue is: how to help politicians a) genuinely understand the vision of Restorative Justice; and b) keep focussed on the real needs of victims, communities and offenders impacted by crime, and not just on the next election!

At a Restorative Justice Workshop November 16 of this year held all day at Ferndale Institution, a prison in Mission, I met a prisoner, Murray Johnston, who had just published a Letter to the Editor. He wrote picturesquely:

The current political climate offers nothing more than Randy Whitemares, and Gurty Poolitics.” [He was referring to Randy White, an outspoken MP, ever critical of Correctional Services Canada, and Gertie Pool, a strong activist critic as well.]

A good problem solver not only identifies the problem, but offers a solution.” He concluded his letter this way: “Restorative Justice is a Christian concept where victims come away with a sense that justice really has been done, and offenders with a sense of responsibility and accountability. A win-win situation where healing and reconciliation truly takes place.

I cordially invite both Randy White and Gertie Pool to attend this [Ferndale Institution] workshop, in the hope they can help in healing the pain of our society, rather than driving a wedge into an already gaping wound.

What an eloquent expression of the heart-beat of Restorative Justice! The writer deftly underscored its healing dynamic, over against driving new wedges into gaping social wounds. This Restorative Justice vision, he said, both identifies problems, and offers solutions. These are initiatives so expansive, yet so resonant with the deepest well-springs of our shared humanity, they have elicited a Hallelujah Chorus of “Ahas” or “Eurekas!” the world over in awakening or reawakening a Sleeping Goddess of Justice from her deep sleep. In Western jurisprudence, Justice even is deliberately blinded. Imagine!

One Case Management Officer expressed his appreciation this way, in response to a Restorative Justice program operating out of Langley in federal Corrections. (In this initiative, avenues are created for “therapeutic dialogue” between victim and offender with relation to the most serious and violent crimes in the Criminal Code of Canada.). He wrote:

I’ve been in the system for nearly 40 years; I’ve seen a lot and yet you’ve brought a whole new dimension to my work out here. The bus used to unload at the gate, like the raft at the River Styx, on the shore of a hopeless abyss…. You’re providing hope for the future. I’ve seen the outcomes for both victims and the inmates, again and again. I see them when they come in, and I see their demeanour when they leave after one of the meetings you conduct. The difference is dramatic. And I see the effect on the inmates – how their attitude and behaviour change. You can’t see these things month after month and not become a believer (Northey, 1994, p. 38).

Your vision, understanding and caring is a breath of fresh air threatening to bring humanity out of the dark ages of the adversarial system (ibid, 1994, p. 14).

Restorative Justice poses a profound threat: namely, to tease humanity out of the justice system! Restorative Justice in this respect is a dazzling invitation to come join the celebration called life! Once received, who but the most stubbornly contrary would want to miss it?!

More seriously however to be taken by far are the anguished cries of victims and victim service providers. A Discussion Paper, entitled “Restorative Justice Reforms to the Criminal Justice System” produced by the BC/Yukon Society of Transition Houses states directly:

Under no circumstances should restorative justice and alternative measures be applied to offenses involving violence against women and children (p. 4).

This completely legitimate concern confuses Restorative Justice, the expansive vision, with “Alternative Measures” in government policy. The vision of Restorative Justice is all-encompassing, and Restorative Justice initiatives have been taken for several years with immense victim satisfaction in all categories of the most serious and violent crime in Canada. The one program in Canada doing this work out of Langley BC is not remotely diversionary however, and generally works with offenders years after their incarceration.

The “Restorative Justice” vision is in this case simply misunderstood, and in fact stands back of the very critique, with a definitive “NO” to all violence! In fact, Restorative Justice as a vision has as its primary “focal instance” the victim’s horrendous plight as she or he reels from the overwhelming trauma of crime.