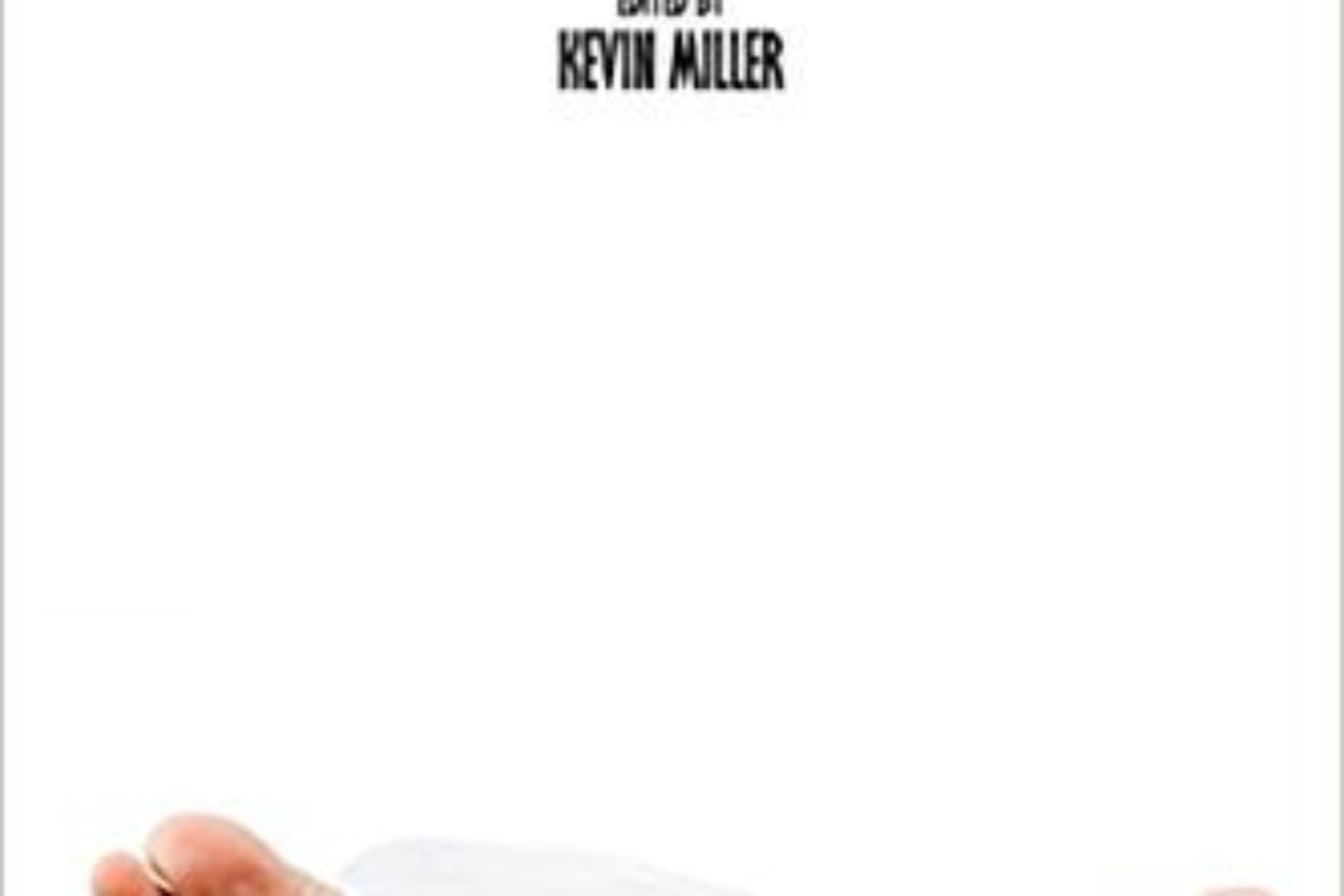 WN: Kevin Miller produced the movie Hellbound? five years ago to look at changing views on the doctrine of hell. As he began “exploring” hell, partially motivated by having read his friend Brad Jersak’s book, Her Gates Will Never Be Shut: Hope, Hell and the New Jerusalem, he was alerted to the publication of Rob Bell’s Love Wins. (A play, “The Christians” by Lucas Hnath, based on Rob Bell’s experience of losing his own church after publication of that book, is well worth taking in.)

Kevin took a lot of flak from production of the movie. He possibly may be similarly vilified with this new publication. He talks about this and his movie, and other things, in a compelling interview, October 9, 2017, here.

He introduces the new book thus:
In September 2012, the feature-length documentary Hellbound? was released in theaters across North America. Joining a growing chorus of voices that were questioning the traditional view of hell as a place of eternal conscious torment, the film asked a handful of “burning” questions. Does hell exist? If so, who goes there, and why? More importantly, what do our views about hell say about us and our understanding of God? And how do our beliefs about these issues affect the kind of world we create, the kind of people we become?

Five years later, the debate over hell is far from settled, but the landscape in which such questions are being asked has changed radically. Hence, filmmaker Kevin Miller decided it was time to go back to some of the people who appear in Hellbound? and others he met along the way to get their input on how the debate has shifted and how it’s remained the same. The result is a plethora of voices offering all sorts of perspectives, some highly academic, some polemic, some intensely personal, and all bound to impact how readers think and feel about this issue.

My contribution is basically a book review. I will supply an excerpt from that, then you are encouraged to order the book. This note from Kevin supplies the info:

The book is now live on Amazon.com. It is also available on Amazon.ca, Kindle version soon to come; it will also be available at several bookstore outlets, including Chapters/Indigo, Barnes & Noble, Ingram, etc. In the meantime, here are additional links where it can be purchased. Please feel free to share them. Also note that I’m offering a special deal on my websites (below) where people can buy the book and the DVD together for a discount.

United States and the rest of the World

Below the excerpt from my chapter is an excerpt from a much longer essay I updated in working on the Hellrazed? chapter. I have a link to that longer paper, entitled: “WAR AND HELL – and Exception-Clause Footnote Theology”.

As well, in my novel, Chrysalis Crucible, highlighted on this website, “hell” recurrently haunts the

For God so loved the world that he temporarily died to save it from himself. But none of that really matters because most people will be tortured for eternity anyways.

I had looked for this quote to include in the chapter I contributed. It captures the essence of the horror god so widely worshipped every Sunday.

protagonist’s faith challenges. This comes to a head in Chapter 63, which you may click on here.

I have also raised that theme numerous times on this website.

Now for an excerpt from my chapter in Hellrazed?, entitled Hell and Its “Other Side”:

The grand and joyous paradox of the gospel, for those with eyes to see the wildly liberating “picture on the box cover,” is: God’s final judgment/wrath is his mercy¹, just as the doctrine of original sin is a post-resurrection Christian doctrine of grace and forgiveness according to James Alison in The Joy of Being Wrong². No contemporary biblical theologian I have read captures this eschatological insight better than James Alison in Raising Abel3, drawing on the work of René Girard. The book is a sustained call for Christians in their conversion journey to acquire an “eschatological imagination” that subverts inevitably an anti-Christian “apocalyptic imagination” such that,

“The perception that God is love has a specific content which is absolutely incompatible with any perception of God as involved in violence, separation, anger, or exclusion.” Therefore:
The commonly held understanding of hell remains strictly within the apocalyptic imagination, that is, it is the result of a violent separation between the good and the evil worked by a vengeful god. It seems to me that if hell is understood thus, we have quite simply not understood the Christian faith; and the Christian story, instead of being the creative rupture in the system of this world, has come to be nothing less than its sacralization. That is, the good news which Jesus brought has been quite simply lost.4

To repeat: In the end, the greatest critique of Dixon’s thesis is simply this: there is biblically no “other side” of the Good News! There is Good News, period! Hell too is ultimately embraced by God’s love, its other side.

I suggest that no genuine love affair, human or divine, is imaginable with Dixon’s depiction of a divine time-limited vicious threat hanging over one’s head. Surely it evokes only abject fear, not love.

an excerpt from WAR AND HELL – and Exception-Clause Footnote Theology:

Yet this very phenomenon of misunderstanding the texts, so eloquently presented by Richard Hays, so compellingly exegeted by Willard Swartley, so dismissed by Dr. Packer, seems precisely the reality when war is at issue. Why should it not be surprising therefore that hell should for two thousand years likewise have been misunderstood? Especially when “war is hell”, and vice versa. One may ask with terror, horror and revulsion: Just what “face” of Jesus has the Church been seeing since the era of Emperor Constantine?[1]

With that terrifying question in mind, I am struck by the thesis of Constantine versus Christ: The Triumph of Ideology (Kee, 1982). The author writes:

But there is one conquest made by Constantine, the effect of which still continues to the present day, his most surprising yet least acknowledged… He conquered the Christian Church. The conquest was complete, extending over doctrine, liturgy, art and architecture, comity, ethos and ethics. And this is the greatest irony, that Constantine achieved by kindness what his predecessors had not been able to achieve by force. Without a threat or a blow, and all unsuspecting, the Christians were led into captivity and their religion transformed into a new imperial cult…. But this achievement, unheralded then, unrecognized now, represents Constantine’s greatest conquest, the one which has persisted largely unchallenged through the centuries in Europe and wherever European Christianity has spread (Kee, 1982, p. 154).

The writer adds that:

…the reign of Constantine is a fundamental turning-point in the history of Europe, and not only Europe. From that time the imperial ideology, with all its implications for the accumulation of wealth and the exercise of power over the weak, was given religious legitimation by the Church (Kee, 1982, p. 168).

The persecuted Church too easily became the persecuting Church in its response to pagans, Jews, other outsiders, all rivals dubbed “heretics”, external enemies, and eventually domestic state enemies: criminals (see below). There has ever since been (thankfully not only) a tragic Church legacy of violence.[2]

“The corruption of the best is the worst”, Ivan Illich has taught in The Corruption of Christianity and The Rivers North of the Future (Cayley, 2000; 2005). Is this what has happened since the fourth century when the cross was inverted from a sign of foolishness/weakness (I Corinthians 1:18ff) to a symbol of state power? (This became the sword of Peter wielded by the Church in endorsement of the state, of Empire/colonialism, etc., after all, despite for the Church Jesus’ definitive sheathing it (John 18:11), as Tertullian observed. “If only!” one can plaintively exclaim!)

Can it be that mainly another “(anti-)Christ” has been seen and projected by much of Christendom, instead of the face of Jesus? Unthinkable (Dr. Packer)? Then why do Protestants almost slavishly honour the Reformation? And what was one of the Reformation watchwords?: Ecclesia semper reformanda. The Church must always reform itself: must ever seek to see Jesus anew and aright.

It must amongst other things rediscover the anthropological thrust of the Gospel, brilliantly presented in René Girard’s I See Satan Fall Like Lightning (2001) and a vast array of related publications by and about him and his insights[3].

And if the Church has after all seen and shown for centuries another Christ with reference to the enemy? Then it must repent and rediscover a Jesus that it largely never knew. Else the Church perpetuates heresy (again, in this context, heresy means wrong choice/direction). It embraces hell. It rejects Jesus, while all the time protesting vociferous allegiance to him. It is otherwise the naked Emperor and his sycophants in The Emperor’s New Clothes (2001). It needs instead to “clothe [itself] with compassion, kindness, humility, gentleness and patience (Col 3:12).” – in other words “with Christ”[4], in particular towards the enemy.

[3] See Williams (1996) for an extensive introduction to, and bibliography on, Girard. See Bailie (1995) for a contemporary cultural application of Girard’s anthropology. See Williams (1991), Alison (1993; 1996; 1997), and Bellinger (2001), for sustained theological presentations of the anthropological thrust of the Gospel. See Girard (2001) for an anthropological presentation of scapegoating theory with reference to the New Testament. Finally, see this website, with its myriad links: http://violenceandreligion.com/ (last accessed July 1, 2017), for understanding all human culture as foundationally scapegoating, the Hebrew Scriptures in recurring travail to break free from such a dynamic, and the revelation of Christ seen to finally subvert scapegoating violence in favour of love.

[4] See my essay on the implications of “clothing oneself with/putting on Christ”, “Christianity and the Subversion of Just About Everything!” here: http://waynenorthey.com/christianity-and-the-subversion-of-just-about-everything/.