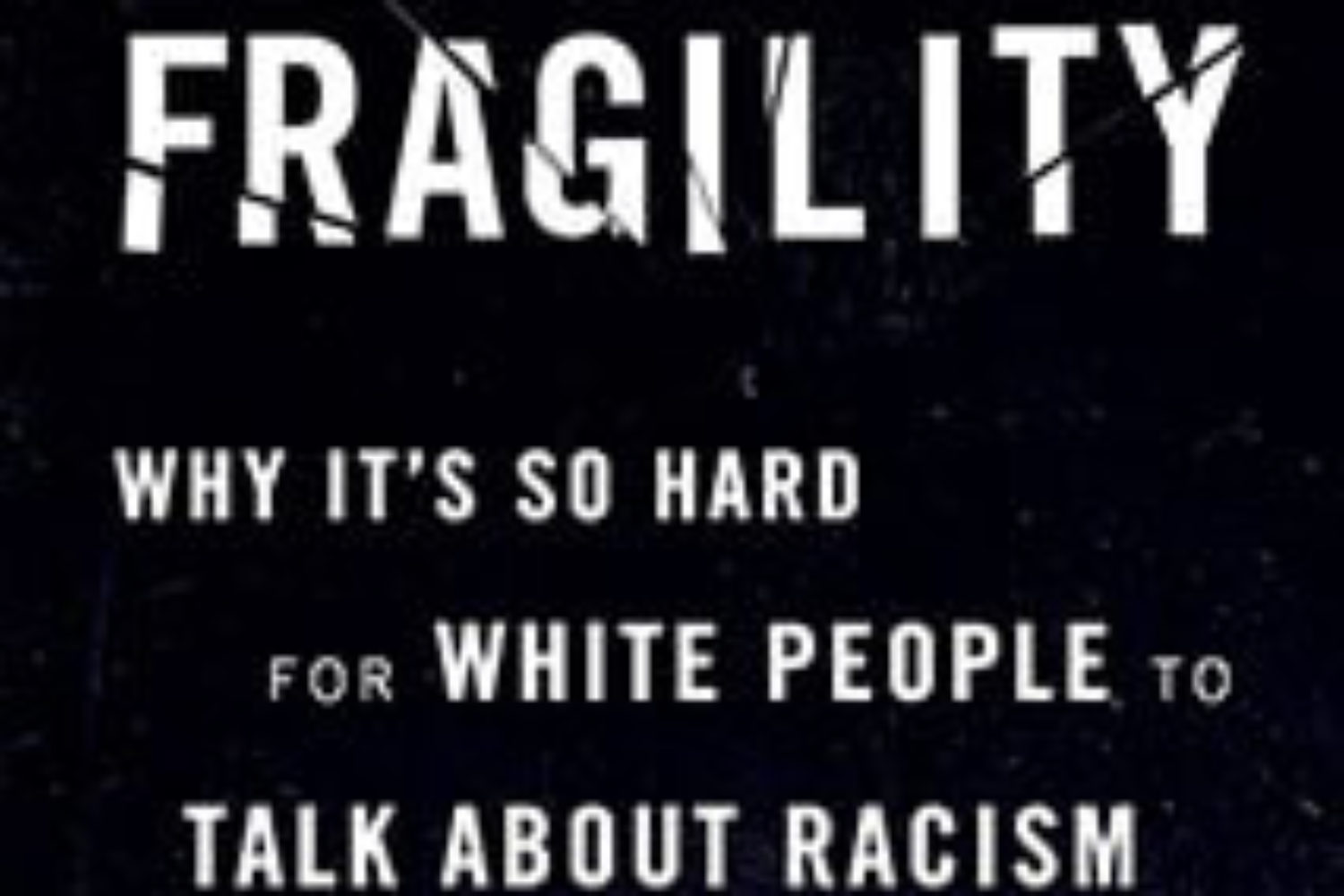 Permission to quote from paper granted by the author, Dr. Robin diAngelo

WN: In our immediate family, we have a non-white daughter and daughter-in-law, a non-white nephew and his non-white partner, and two non-white grandsons. As I reflect on each of these family members, whom I care for dearly, I can only ache for a racial reality so unlike our current one – in North America no less than around the world.

I also reflect on my position of immense privilege and power in Canadian culture (and in much of the world) just by virtue of my being male and white whose mother tongue is English.

The article, “White Fragility”, raises these matters in a forthright, powerful, no holds barred and disturbing way. There are excerpts below and it may also be found online in a variety of places, including on my website. You may click on the full article below. You may also click on the author’s name above to be taken to her website, including notice of an upcoming book publication by the same title as the article highlighted on this page.

(Please also see the next post!: Why I’m no longer talking to white people about race. The two combined, this by an American white woman, the other by a British black woman, together put forward overwhelmingly, brilliantly, passionately – the superlative adjectives could pile up! –  the dystopian scourge of white privilege and racism rampant across the globe and ubiquitously in history.)

The image above is the book’s cover.

Thanks to a member of a discussion group called “Wrongs To Rights“, initiated September 2016 by All Saints Anglican Church in Agassiz British Columbia, for telling me of this paper.

Thanks hugely to Steve Heinrichs and to Mennonite Church Canada. Thanks also to Vicar David Price and parishioner Monica Gibson-Pugsley for their insightful and passionate leadership of us in the group.

White people in North America live in a social environment that protects and insulates them from race-based stress. This insulated environment of racial protection builds white expectations for racial comfort while at the same time lowering the ability to tolerate racial stress, leading to what I refer to as White Fragility. White Fragility is a state in which even a minimum amount of racial stress becomes intolerable, triggering a range of defensive moves. These moves include the outward display of emotions such as anger, fear, and guilt, and behaviors such as argumentation, silence, and leaving the stress-inducing situation. These behaviors, in turn, function to reinstate white racial equilibrium. This paper explicates the dynamics of White Fragility.

Whiteness scholars define racism as encompassing economic, political, social, and cultural structures, actions, and beliefs that systematize and perpetuate an unequal distribution of privileges, resources and power between white people and people of color (Hilliard, 1992). This unequal distribution benefits whites and disadvantages people of color overall and as a group.

White Fragility is a state in which even a minimum amount of racial stress becomes intolerable, triggering a range of defensive moves. These moves include the outward display of emotions such as anger, fear, and guilt, and behaviors such as argumentation, silence, and leaving the stress-inducing situation. These behaviors, in turn, function to reinstate white racial equilibrium. Racial stress results from an interruption to what is racially familiar. These interruptions can take a variety of forms and come from a range of sources, including:

In a white dominant environment, each of these challenges becomes exceptional. In turn, whites are often at a loss for how to respond in constructive ways. Whites have not had to build the cognitive or affective skills or develop the stamina that would allow for constructive engagement across racial divides.

Ideological racism includes strongly positive images of the white self as well as strongly negative images of racial “others” (Feagin, 2000, p. 33). This self-image engenders a self-perpetuating sense of entitlement because many whites believe their financial and professional successes are the result of their own efforts while ignoring the fact of white privilege. Because most whites have not been trained to think complexly about racism in schools (Derman-Sparks, Ramsey & Olsen Edwards, 2006; Sleeter, 1993) or mainstream discourse, and because it benefits white dominance not to do so, we have a very limited understanding of racism. Yet dominance leads to racial arrogance, and in this racial arrogance, whites have no compunction about debating the knowledge of people who have thought complexly about race. Whites generally feel free to dismiss these informed perspectives rather than have the humility to acknowledge that they are unfamiliar, reﬂect on them further, or seek more information. This intelligence and expertise are often trivialized and countered with simplistic platitudes (i.e. “People just need to…”).

Because of white social, economic and political power within a white dominant culture, whites are positioned to legitimize people of color’s assertions of racism. Yet whites are the least likely to see, understand, or be invested in validating those assertions and being honest about their consequences, which leads whites to claim that they disagree with perspectives that challenge their worldview, when in fact, they don’t understand the perspective.Thus, they confuse not understanding with not agreeing. This racial arrogance, coupled with the need for racial comfort, also has whites insisting that people of color explain white racism in the “right” way. The right way is generally politely and rationally, without any show of emotional upset. When explained in a way that white people can see and understand, racism’s validity may be granted (references to dynamics of racism that white people do not understand are usually rejected out of hand). However, whites are usually more receptive to validating white racism if that racism is constructed as residing in individual white people other than themselves.

When confronted with a challenge to white racial codes, many white liberals use the speech of self-defense (Van Dijk, 1992). This discourse enables defenders to protect their moral character against what they perceive as accusation and attack while deﬂecting any recognition of culpability or need of accountability. Focusing on restoring their moral standing through these tactics, whites are able to avoid the question of white privilege (Marty, 1999, Van Dijk, 1992).

The history of brutal, extensive, institutionalized and ongoing violence perpetrated by whites against people of color—slavery, genocide, lynching, whipping, forced sterilization and medical experimentation to mention a few—becomes profoundly trivialized when whites claim they don’t feel safe or are under attack when in the rare situation of merely talking about race with people of color.
…

A continual retreat from the discomfort of authentic racial engagement results in a perpetual cycle that works to hold racism in place. While anti-racist efforts ultimately seek to transform institutionalized racism, anti-racist education may be most effective by starting at the micro level. The goal is to generate the development of perspectives and skills that enable all people, regardless of racial location, to be active initiators of change.

White racism is ultimately a white problem and the burden for interrupting it belongs to white people (Derman-Sparks & Phillips, 1997; hooks, 1995; Wise, 2003). Conversations about Whiteness might best happen within the context of a larger conversation about racism. It is useful to start at the micro level of analysis, and move to the macro, from the individual out to the interpersonal, societal and institutional. Starting with the individual and moving outward to the ultimate framework for racism – Whiteness – allows for the pacing that is necessary for many white people for approaching the challenging study of race. In this way, a discourse on Whiteness becomes part of a process rather than an event (Zúñiga, Nagda, & Sevig, 2002).

A macro-level analysis may offer a framework to understand different interpretations and performances across and between racial groups. In this way, all parties benefit and efforts are not solely focused on whites (which works to re-center Whiteness). Talking directly about white power and privilege, in addition to providing much needed information and shared definitions, is also in itself a powerful interruption of common (and oppressive) discursive patterns around race.

Viewing white anger, defensiveness, silence, and withdrawal in response to issues of race through the framework of White Fragility may help frame the problem as an issue of stamina-building, and thereby guide our interventions accordingly.