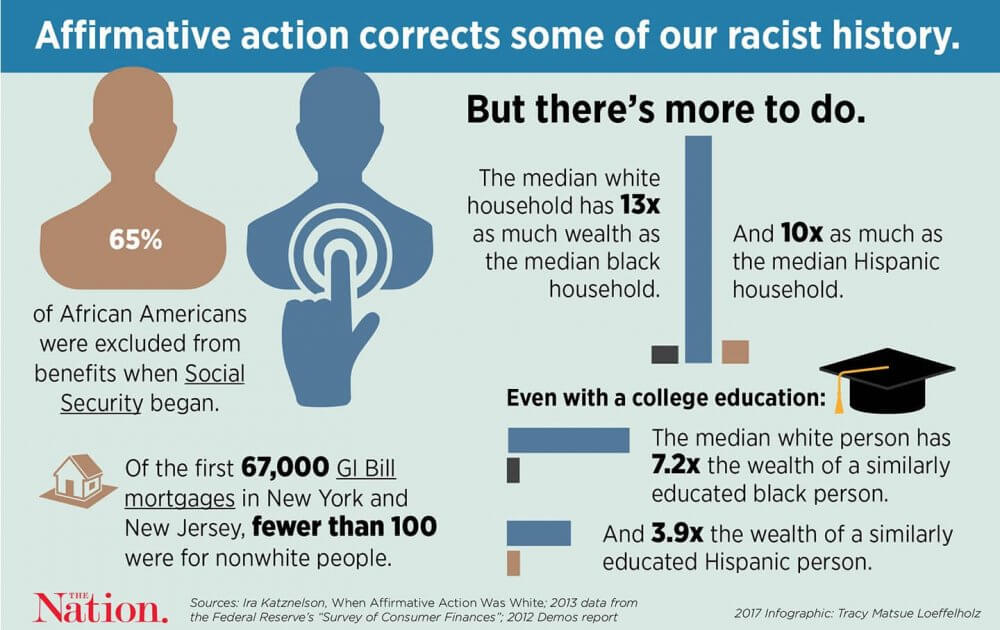 WN: Similar realities obtain of course in Canada. Please see for instance a trilogy edited by Steve Heinrichs of Mennonite Church Canada. Affirmative action – railed against by a close family member – is a drop in the bucket for what is needed. As the article highlighted below rightly asserts (Aboriginal Canadians included):

Affirmative action, then, is just one tepid attempt to make up for history. A leg up in accessing higher education won’t wipe this polluted slate clean. At every educational level, a young black man still has a smaller chance of getting a job than a young white man; a black man who has some college under his belt stands the same chance as a white high-school dropout.

President Trump’s Justice Department is gearing up to sue universities with affirmative-action policies for “intentional race-based discrimination.” This is code for the idea that affirmative action, which grants a bit of extra consideration to historically marginalized groups, discriminates against white people.

What the Department of Justice blows right past is centuries of discrimination. This history must start, of course, with slavery. It bears repeating that African people were forcibly brought to this country en masse and, under threat and deed of violence, made to labor and create wealth for white people. 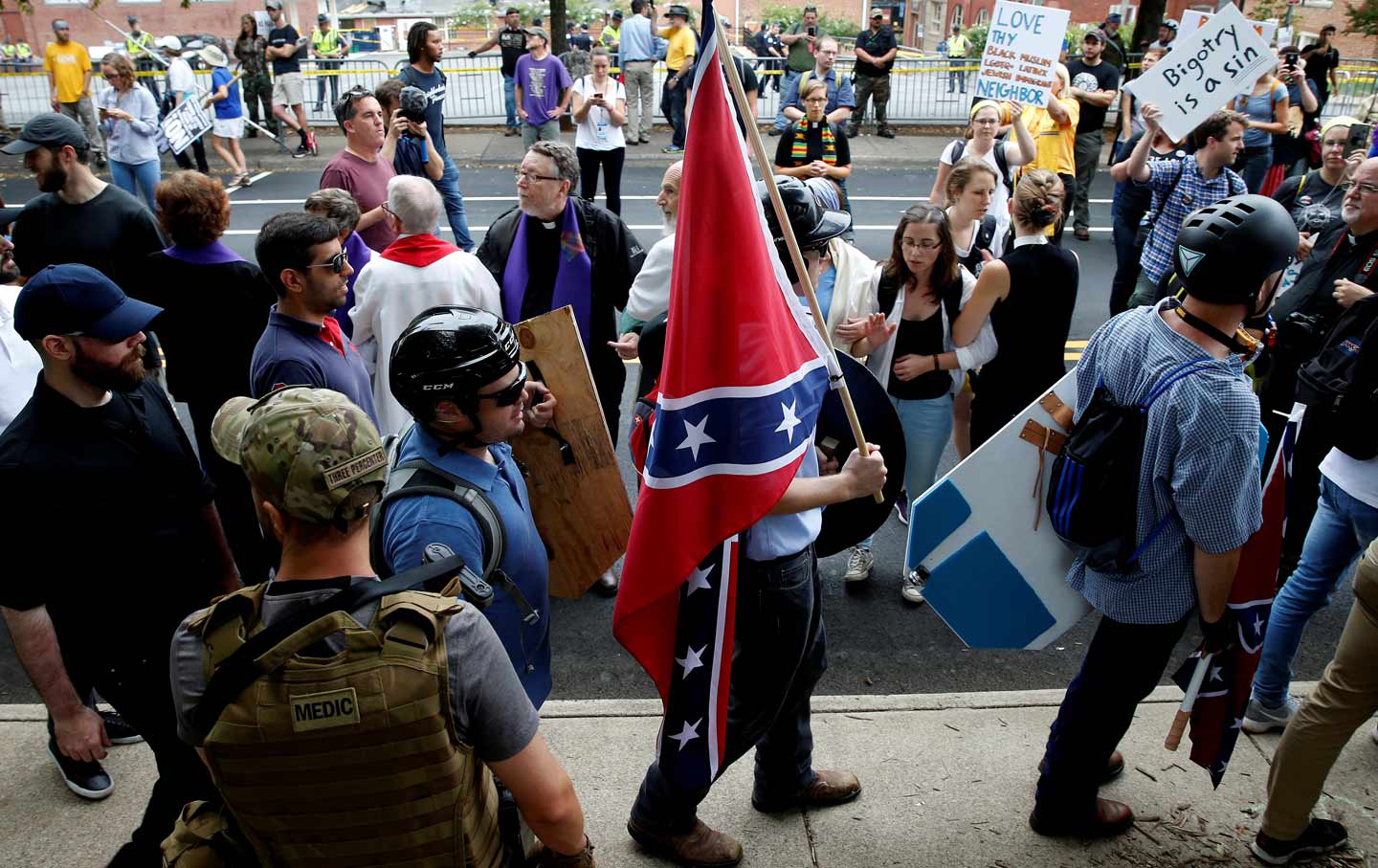 Even calling the field uneven isn’t quite right; people of color are barely playing the game.
Even after slavery ended, racism certainly did not. Reparations were never made. A brief era of Reconstruction, which saw some resources redistributed and some political and economic power accrue to black Southerners, was crushed by a violent, white Southern “Redemption.”

Decades later, the New Deal helped usher in an era of middle-class wealth—for some. Politicians excluded the majority of black and Hispanic workers from the most significant new public program, Social Security, in order to win votes for the program from Southern Democrats. Sixty-five percent of African Americans were left out. The GI Bill, which almost single-handedly built the white middle class by offering discounted education and mortgages, was available only to veterans. Blacks were more likely to have been disqualified from service and even black veterans were shut out, thanks to local control over administration. Fewer than 100 out of the 67,000 mortgages insured by the GI Bill in New York and New Jersey were for homes bought by nonwhite people.

Even calling the field uneven isn’t quite right; people of color are barely playing the game.

Thus were people of color excluded from “the bounty of public policy,” in the words of political scientist Ira Katznelson, while whites were able to enjoy “state-sponsored economic mobility.”

So the racial wealth gap continues to yawn wide. For every $1 of wealth saved by the median black family, according to a 2013 study, a white household has $13 tucked away; for every $1 set aside by a Hispanic family, a white one has $10. That chasm can’t be explained by different life choices. The median white person who has attended college has 7.2 times the wealth of a similarly educated black person and 3.9 times as much as a His­panic person. The same pattern holds when comparing white, black, and Hispanic people with the same employment and family structures.

Affirmative action, then, is just one tepid attempt to make up for history. A leg up in accessing higher education won’t wipe this polluted slate clean. At every educational level, a young black man still has a smaller chance of getting a job than a young white man; a black man who has some college under his belt stands the same chance as a white high-school dropout.

Our country is still nowhere close to transcending our ugly, racist history and offering citizens an even playing field. Even calling the field uneven isn’t quite right; people of color are barely playing the same game.