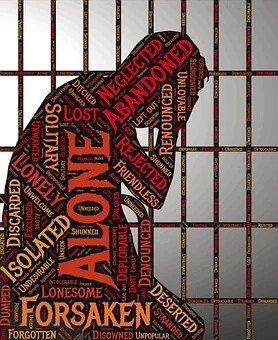 WN: This is an outstanding Bibliography! The author explains:

From 2000-2015, I was an adjunct instructor in the Department of Philosophy at Santa Barbara City College.

If you click on the above name, you will discover links to several other Bibliographies–and so very much more! Including (clickables):

This is for me an unprecedented vast treasure trove of academic resources covering a massive array of inquiry into the human condition!

Excerpt from the Bibliography of the title:

Preamble:
“When we return to the search for a more humane and rational response to crime, we must keep in mind that the prison is tied to other social and political arrangements that limit what changes are possible. The criminal justice system in general is at least partially involved, directly and indirectly, advertently and inadvertently, in repressing groups and classes of people and in maintaining unfair social, political, and economic relationships. Fundamental changes in its operation are impossible unless some higher degree of social justice has been achieved and the criminal justice system is relieved of these tasks. [….]

One of the important obstacles that must be removed is the public conception of the prisoner. Presently, this conception is formed from the rare, but celebrated and horrendous crimes, such as mass murders by the Manson cult, Juan Carona, or the ‘Hillside Strangler.’ Whereas prisoners like George Jackson, viewed as a heroic revolutionary fighting back from years of excessive punishment for a minor crime (an eighty dollar robbery), shaped the conception of the prisoner in the early 1970s, persons like ‘Son of Sam’ do so today. These extraordinary cases distort the reality. Most prisoners are still in prison for relatively petty crimes, and even those convicted of the more serious crimes must be understood in the context of society in the United States. What we need is a new theory of crime and penology, one that is quite simple. It is based on the assumption that prisoners are human beings and not a different species from free citizens. Prisoners are special only because they have been convicted of a serious crime. But they did so in a society that produces a lot of crime, a society, in fact, in which a high percentage of the population commits serious crime. Those convicted of serious crimes must be punished and imprisoned, because it is the only option that satisfies the retributive need and is sufficiently humane. Knowing that imprisonment itself if very punitive, we need not punish above and beyond imprisonment. This means that we need not and must not degrade, provoke, nor excessively deprive the human beings we have placed in prison. It also means that we must not operate discriminatory systems that select which individuals should be sent to prison and, once incarcerated, who should be given different levels of punishment.

Since we assume that convicts are humans like us and are capable of myriad courses of action, honorable and dishonorable, we also assume that they will act honorably, given a real choice. This means that we provide them with the resources to achieve self-determination, dignity, and self-respect. This theory continues to be rejected not because it is invalid, but because it challenges beliefs and values to which large segments of the population comfortably cling. [….] In pushing this theory, I admit that many prisoners, like many free citizens, act like monsters. But they are not monsters and often choose to act like monsters when their only other real option is to be totally disrespected or completely ignored, while being deprived, degraded, abused, or harassed.” [emphasis added] — John Irwin, Prisons in Turmoil (1980)