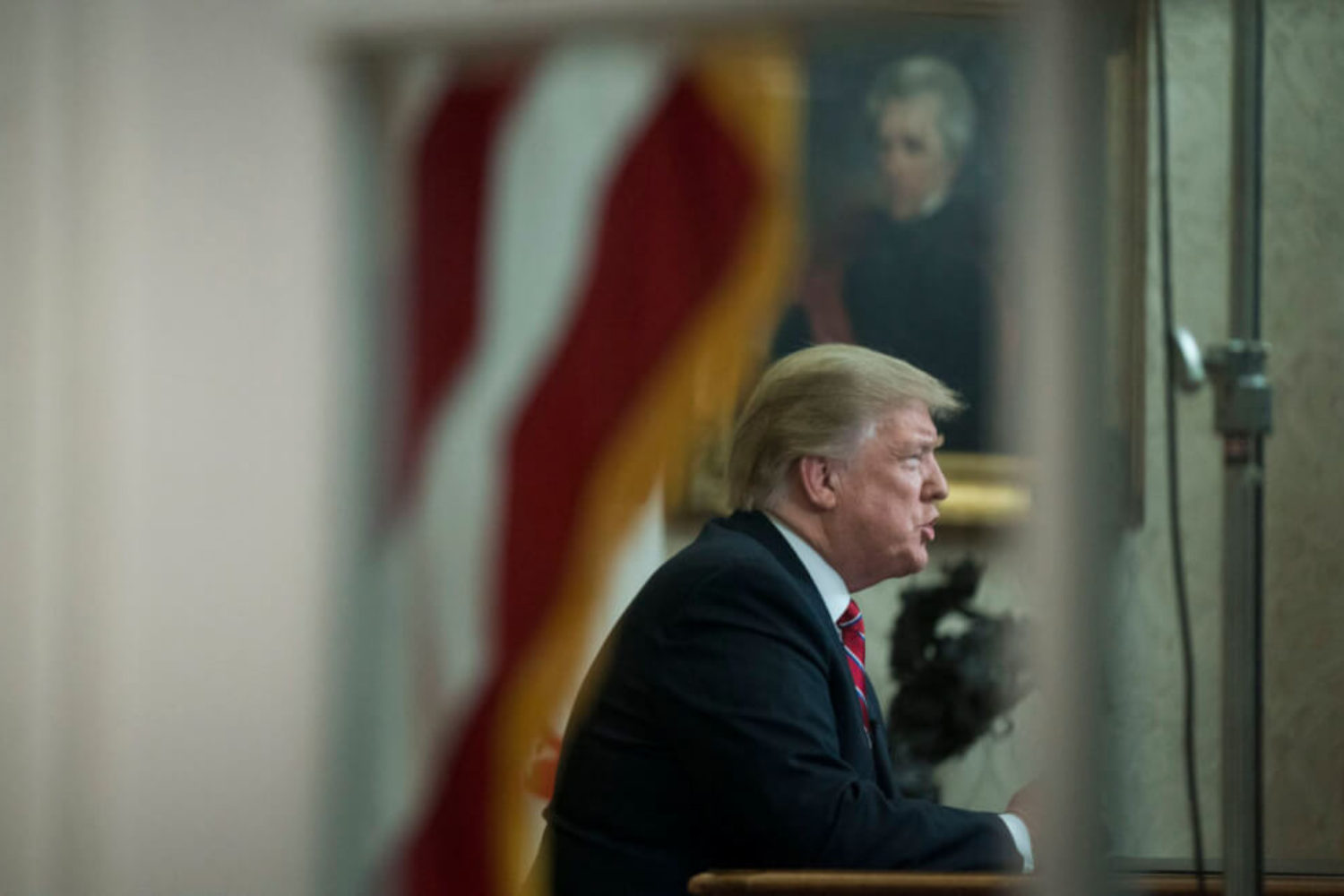 photo above: President Trump speaks to the nation in his first prime-time address from the Oval Office of the White House on January 8, 2019, in Washington, DC. Kevin Dietsch-Pool / Getty Images

WN: I hate now mentioning the guy’s name on the website, his actions so beneath the otherwise modicum of dignity every human is accorded, created in the image of God. The article highlighted below captures deftly the political reality south of the border. And sadly, that Ultimate American Ugliness forces the whole world to pay attention, however much one would like to ignore it until it goes away… Which tragically may need to await Kingdom Come. Lord, in your mercy…

Another article from a Christian perspective is Jim Wallis’  “A Crisis of Trump’s Own Making“, January 9, 2019.

A great many people expected Trump to declare an emergency last night as a means of securing funding for his preposterous wall. As it turns out, he was talked out of doing so — for now, anyway — by a number of his conservative allies, who feared such a drastic overreach would empower future Democratic presidents to declare their own false emergencies for political gain. Thus, we are momentarily spared from having to wade through that specific mess, leaving us only with all the others.

This is not the Trump administration. This is the Trump defenestration. Last night’s address was a 10-minute infomercial on the necessary existence of impeachment and the 25th Amendment. A president who would deliberately hurl his country into such dangerous disorder in a fit of temper over his desire to appease white supremacy is not fit to hold the office, and is a prima facie menace to the nation and the world.

Trump is planning to flap his balderdash again on Thursday, this time at the US-Mexico border, and smart money says he will only serve to reinforce the glaring truth: He is a fool and a liar, a ball of bad noise and a threat to us all. The longer he lingers, the deeper we sink, and we are down damned deep already.

It is past time to recognize the obvious — Donald Trump is the emergency — and act accordingly. It is entirely enough already. Whatever tattered standing Trump possessed by dint of winning the election in 2016 was rendered to ashes last night. The rest is aftermath.