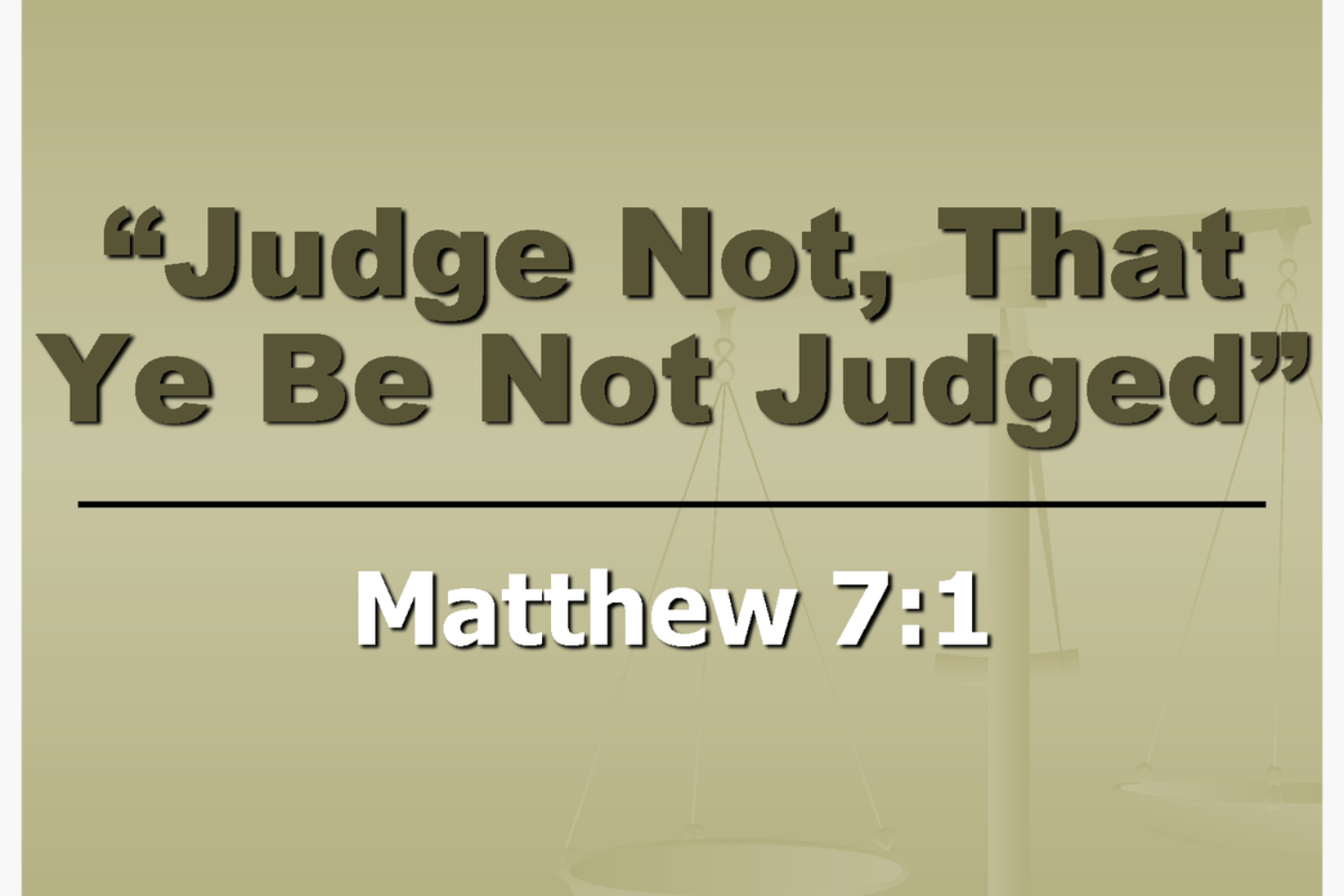 This piece kind of just willed out.

An excerpt:
I recently spent extended time with several relatives. I listened to severe condemnations of a range of persons and person-types (homosexuals for instance). I’m part of an extended family that demonstrates extreme intolerance and judgmentalism towards certain others in their ideas and beliefs: religious beliefs for instance. I jokingly call this phenomenon “relativism”. It got me thinking of late…

Jesus’ terse command is how this reflection began. Several translations include rightly a note of (forensic) condemnation. Another observation I make, more generally, is that indulgence in condemnation does not a happy camper make! It seems in fact direct inverse of the fruit of the Spirit which is: love, joy, peace, forbearance, kindness, goodness, faithfulness, gentleness and self-control (Galatians 5:22). Jesus was onto something ubiquitous in the human condition when he said “Judge not.” We miss out, if we miss it.