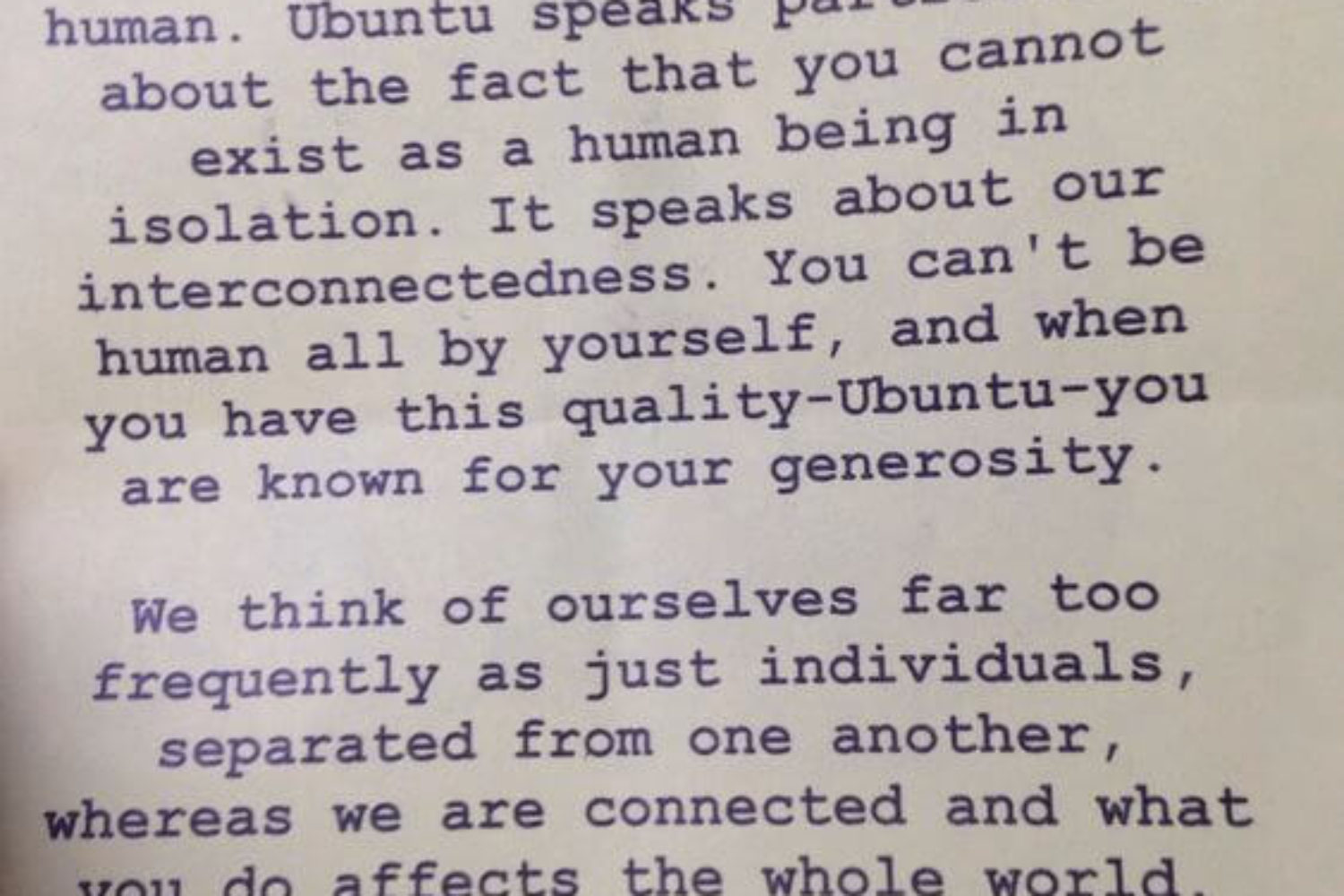 WN: “Homo Homini Ubuntu” – Man is Ubuntu To Man – is title of the talk given on the wonderful African concept of Ubuntu at our M2/W2 Fall Promotional Event, October 27, 2012.

By contrast, to quote Tutu on ubuntu:
Ubuntu is the essence of being a person. It means that we are people through other people. We can’t be fully human alone. We are made for interdependence, we are made for family. Indeed, my humanity is caught up in your humanity, and when your humanity is enhanced mine is en-hanced as well. Likewise, when you are dehumanized, … I am dehumanized… (Desmond Tutu on Ubuntu, last accessed October 24, 2012)

What is ubuntu in practice?:
As an individual, when you have Ubuntu, you embrace others. You are generous, compassionate. If the world had … Ubuntu, we would not have war. We would not have this huge gap between the rich and the poor. You are rich so that you can make up what is lacking for others. You are powerful so that you can help the weak, just as a mother or father helps their children. This is God’s dream (Desmond Tutu on Ubuntu, last accessed October 24, 2012).